Why You Might Need a Cage, and Why They’re Cheaper Than Ever

An In-Depth Review of the Canon EOS R5 Mirrorless Camera

Camera cages aren’t just for filmmakers, and now that prices have come down, is it worth considering?

I’m not a photographer by trade, I’ll admit. I’ve either been in TV or commercial content, but a constant has always been a trusty camera cage. A block of metal that hugs your camera, and brings a lot of flexibility. Why do I use one? 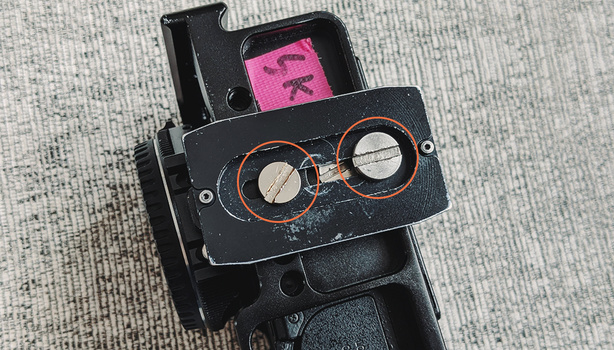 The obvious answer is mounting accessories. Monitors, EVFs, microphones, cables, and handles. The hot shoe is just not enough. With a magic arm, you can mount just about anything to your camera.

A cage isn’t just needed to mount gear to my camera, but also my camera to my rigging or tripod. It’s been handy for shooting portrait shots, like I explained in this article. Also, it means that my tripod plate gets more than one screw thread, which prevents it coming loose.

Sure, you can buy a soft plastic case for your camera. However I’m not sure anything will beat metal. I’ve dropped so many cameras, once down a stone staircase, and haven’t had a single one break. The cage took the hit.

We all talk about 5-axis stabilization, IBIS, and vibration control. Do you know what keeps ENG news cameras stable? The weight on your shoulder.

Adding a little extra weight to the camera, even if it’s less than a pound, helps me keep the camera steady. Backstage at fashion week, I’ll see photographers bump into video mode on their small mirrorless cameras. Between the lack of IBIS, and weight, I know the shots will have a nauseous feel, rolling shutter, and shake. I also find mirrorless cameras are easier to grip with some extra bulk, bringing them closer to DSLRs.

As much as we all know that talent makes great media, showing up on set with a camera cage differentiates your camera from the client’s camera at home. I wrote about it here. An industrial looking cage appears professional, just as much as a a white plastic body doesn’t.

Let’s look at the history of high end camera rigs. Arri sells sets of accessories for popular cinema cameras, for about $3,000 to $6,000. These are a step above basic needs but nothing over the top, and aren’t for Arri’s own cameras. B&H won’t even give a price for an Arri Alexa Mini cage. Arri and their ilk are definitely more old school, but the new school is here.

In 2011, Wooden Camera arrived on the scene. They will sell a Arri Alexa Mini cage for about $1,000, which is comparatively a steal. They also sell cages and rigs for smaller cameras, usually below $500. Tilta, Zacuto, and Shape all compete in this space too, more or less. Paying five grand for a basic rig is beginning to seem like a dumb idea for small production companies.

Around that time, cheap and cheerful brands like ProAim came on the market too. I noticed them during the DSLR video revolution, and associate them with “YouTube filmmakers” from back in the day. They’ll sell you a whole jib for $200, and are no stranger to copying ideas. They’ll also sell camera cages for less than $100, but I can’t stand behind their quality.

My personal favorite brand started then too, SmallRig. To me they’re the IKEA of camera rigging brands. Sub-$100 cages, good quality but not over the top, and they have a large inventory. Seriously, if I ever need to figure out how to attach one accessory to another, SmallRig will have it. They had accessories for gimbals while everybody was still using GlideCam setups. Of course, Sony’s a7S III and Canon’s R5 already have SmallRig cages (granted, Tilta’s R5 cage has a built in fan). The company also allows users to submit ideas, and has a Co-Design marketplace. I was once able to pick up half price accessories for my Ronin-M, because I pre-ordered on the Co-Design page.

I recommend SmallRig, since they generally bring the quality of the mid-tier brands, for less money. Tilta would be my second recommendation, but they’re a little more expensive. I usually advise against Shape, because their needless want to curve the cage makes mounting things a pain, and others have more mounting points.

My point here is that there’s never been a better time to think about a camera cage, even if you’re not into video. The market has more competition than ever, and it’s driving prices down. For less than $100 you could make your life a lot easier when shooting.