Earlier this year, a photographer and model launched a lawsuit against Volvo, citing copyright infringement, after the car manufacturer used images the pair had taken without permission. Volvo is trying to win the case by claiming all public Instagram posts are fair game and can be taken and used freely.

Photographer Jack Schroeder and model Britni Sumida found themselves in the center of the legal battle following a personal shoot they both organized for their own respective portfolios. After posting the images, which featured a Volvo S60 sedan, Volvo made contact with Schroeder on several occasions to request using the images, but never did they offer any sort of financial compensation.

The photographer instead emailed Volvo to inquire about whether they wished to license the images, but received no reply. Later in the year, he then spotted that his own images had been posted to several Volvo social media accounts, including Instagram and Pinterest.

But aside from the pair understandably being irritated at the lack of financial compensation, there was also the deeper issue of model Sumida now being in violation of a contract she had signed with a different car manufacturer. 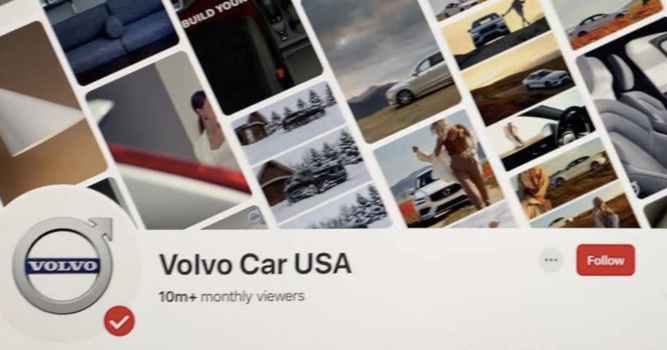 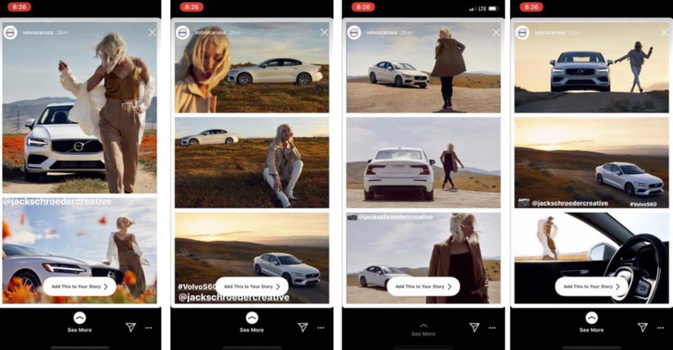 Now, Volvo is fighting dirty to try to avoid facing any consequences, stating that Instagram permits re-sharing of any public photo, which the photo-sharing app has spoken on and denied in the past. Volvo is claiming that Schroeder “granted Volvo a direct license to re-share the Instagram photographs” simply by having his Instagram account set to public. The company is referring directly to Instagram’s terms of service in regards to user content being allowed to be “re-shared by others” once made public, which undoubtedly refers to embedding as opposed to just stealing and passing of work as your own.

Volvo also claims that Behance, the platform from which they took some of Schroeder’s pictures, allows them to use the images, as tagging Volvo “granted Volvo an implied non-exclusive license to share the Instagram photographs.”

What’s more, Volvo took a personal swipe at the model and photographer, insisting they “continue to exploit the brand, image, reputation, and substantial social media reach of a venerable automotive company to promote themselves professionally.”

Speaking to PetaPixel, Jeff Gluck, one of the photographer and model’s lawyers, said:

It goes without saying that Volvo’s argument has absolutely zero legal merit and we look forward to further educating their counsel during trial. We will make sure that this case proceeds to a final verdict in order to protect the creative rights of millions of people.

Is Volvo playing ignorance and manipulating Instagram’s legal guidelines in order to suit their own benefit?

Court Rules Anyone Can Use Your Instagram Images, for Free. Should You Care?

Stop buying stuff! Having the latest gear won’t make you a better photographer