Having photography as your full-time job is desirable for many. But what’s it really like to start one from scratch?

Over the years, I’ve read and heard a lot of stories on how photographers ended up working in this industry full-time. One discussion I couldn’t find before I made the leap and I can’t recall ever seeing it since either is about starting a photography business from scratch. What do I mean by scratch? Well, that is, starting a business without a foothold already: without contacts, substantial start-up capital, jobs, or contracts ready and waiting, and so on. Most people don’t just organically fall into the career — though there are of course cases in which that does happen — and instead have to start from, for all intents and purposes, zero.

I started photography in my late teens while working a full-time job in sales for a franking machine company (I don’t want to know how many people have to Google what that is)! A colleague shot the occasional wedding as what would be known as a “weekend warrior,” I suppose. I’d always had an interest, so he helped me buy a DLSR and a lens. I fell in love but didn’t for a moment consider that it could be a career for me. I honestly don’t remember why, but I suspect it had something to do with the average wage if you searched for those metrics. Dissatisfied with life, however, I resigned from my job and went to university to study… nothing to do with photography.

During this time in higher education, I honed my photography, realized the areas I was (and am) passionate about, and practiced every chance I got. I started my own blog, which in a roundabout way lead me here, and I started doing occasional paid work. The work was infrequent, earned me next to nothing per year, but it was enjoyable and gratifying. I spent the whole time I was at university (which ended up being five and a half years) telling anyone who asked or suggested I ought to pursue photography as a career that I wanted to keep it as a hobby so I didn’t start hating it. I was lying to them and myself; the truth was I didn’t know where to start or how to start. I had said if it were to happen organically, I would be thrilled, and I hoped it did.

The problem with the term “organically” is it’s far too passive. Building a business — particularly one in a competitive field — doesn’t just happen to people, or if it does, it’s lottery level odds. By waiting for it to happen organically, I wasn’t advertising, I wasn’t canvassing, I wasn’t actively networking, I wasn’t trying to find work; I was just working on projects that fell into my lap. There are a precious few businesses, let alone new businesses, that can survive with such a mindset, and certainly, they don’t thrive.

By the end of my Master’s degree, I realized the period in which I could organically go pro had closed. I started interviewing for post-graduate jobs, and I got one. Any regular readers of mine might remember this story and that it was at this point I had a meltdown and eventually understood that the only thing I wanted to do, even if it paid much less, was work in photography. It was time to defecate or get off the latrine, and I guess I chose to defecate.

I’ve borrowed the title of Peter Thiel’s excellent book, though my meaning is different. When I decided I was going all-in with photography and build a business for myself, I soon came to the conclusion that I was at zero. I had a handful of contacts from little jobs I’d worked — nothing that could be called a platform to build off of really — and no money. Actually, that’s not entirely truthful, I was deep in my overdraft and with credit card debt and student loans up to my eyeballs, so no money really is a positive spin on my situation back then. So, what was it like? Rough.

When you start a business, it’s hard to fully gauge how much hustle you need to even get the wheels turning. I was contacting companies and people left and right, all day, every day, looking for any work I could grab. I was asking friends and family if they know of anyone who might use a photographer, though I didn’t even know what “type” of photographer I was. As a result, in one week, I took a guy’s headshot for LinkedIn and then photographed an industrial drill bit being welded for some wall art of a local company. I was working longer and harder than I had ever in my life by far and making a scratch in return. 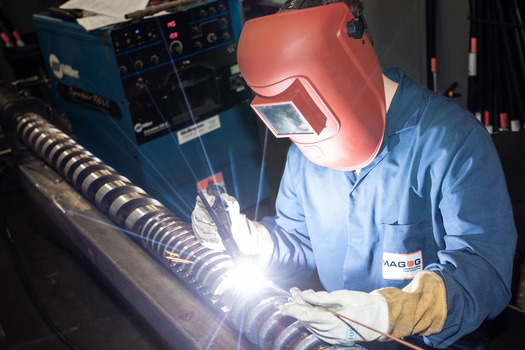 The first Christmas of me being self-employed, I remember sitting at my girlfriend’s family’s table and not being able to stop my eyes from streaming because I was so tired. I had worked 80 hours that week (which I wore as a badge of honor), as I knew over the Christmas break, I’d have to wind down. That said, I was regularly working 70 hours per week. At the end of that financial year, I made about the same as the minimum wage for a 37.5 hour week job. Nothing had prepared me for just how hard it was to get going. But I knew one thing: I’d rather be working 80 hours at something I love for not much than 37.5 hours in a job I hated for more.

These are the three ingredients you’re going to need if you’re starting from scratch and want to go it on your own, by which I mean, not a full-time assistant or working for somebody else. I wrote about consistency and its necessity in success earlier this week, but to summarize roughly: you need to keep going at it and not stop. There’s no use going all out and then taking a break; you’ll lose the little momentum you may have gained.

Hustle is a trait I’m not sure I even understood until running my own businesses. Even now, it’s a little difficult to define. What it is, in essence, is the desperate drive to succeed and grabbing onto every opportunity — large or small — and clinging onto it like a small angry dog. If somebody asks you if you can do something, you say yes and then figure out how later (thank Richard Branson for that nugget of wisdom). If someone shoots down your proposal, don’t give up, just figure out why and keep going at them. There were jobs in my first two years that came off the back of me hounding them (politely). If a company showed vague interest, I would do everything I could to solidify that and turn it into paid work. I remember one job had a nest of 37 emails, 30 of which were mine. There is, of course, nuance on how to chase without looking desperate or being the world’s most annoying contact (I walked that line and no doubt fell off it many times too), but I’d rather be desperate and annoying and get the job, than aloof and pleasant and not.

Time is the most painful ingredient that I didn’t want to believe. There was a statistic that I had heard many times over the years: most start-ups will take three years before they turn a profit. Then, I would combine that with the other vague but probably more accurate statement: most start-ups fail. Whether these two claims are true or not, I’m not sure, but there’s definitely some truth to them. Every year that has gone past (apart from 2020; we all hate you, 2020) has been easier and more successful than the last, and that is, as far as I can tell, due to the natural growth of reputation and network. Not only that, but time also allows you to spot where you can be the most successful and grow into it, to make mistakes and learn from them, and to learn about business and running one of your own. Some of these cannot be rushed, learned on a Udemy course, or be received wisdom, unfortunately. 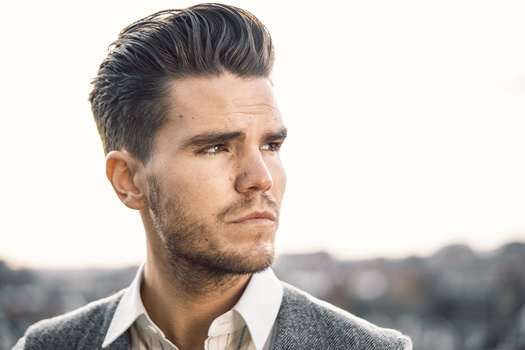 I have, without question, made a great many mistakes in my time working in this industry. I am no doubt still making many mistakes. I went down a lot of wrong paths and learned hard lessons when I was first starting out. I used to think these reasons meant I had no business discussing getting started as a photographer, but now, I realize that makes me better qualified to discuss it than someone who rocketed to instant success. Most people find becoming a full-time photographer difficult, and you ought to act as if you will too, but I promise you, if you love photography, it’s worth it.