Between the Sony a7S III’s announced specs satisfying the five-year hype and its praise given in early reviews, it appears that the new camera is off to a great launch. However, I noticed a feature was missing.

It’s the same feature that’s also missing from the Sony a7 III and a9 II: Pixel Shift Multi Shooting. In this article I want to talk about why I think Sony’s strategy is wrong and why all these cameras should have it, especially the a7S III.

Pixel Shift Multi Shooting is currently only found on the Sony a7R III and a7R IV. Looking at the newest a7R IV with a 61-megapixel sensor as an example, Pixel Shift allows users of that camera to capture a 16-exposure series that can later be compiled on the computer to create a raw image that is about four times the pixel resolution: 240.8 megapixels (19,008 x 12,672 px). There’s also a 4-exposure Pixel Shift mode which doesn’t increase the pixel resolution of the image, rather it resolves much more fine detail out of the 61 megapixels. This latter 4-exposure mode is the only Pixel Shift setting on the a7R III.

If this feature was made available on the 12-megapixel a7S III, we could expect being able to capture final images around 48 megapixels of resolution. For the a7 III and a9, around 96 megapixels. 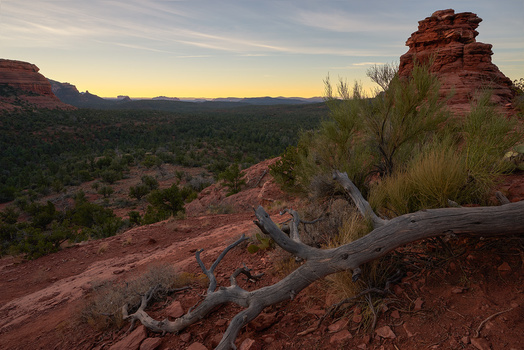 Before we get too carried away in this fantasy, I should point out the obvious drawbacks of Pixel Shift. For one, the camera needs to be locked down on a tripod or similar steady platform in order to fire off the 16 identical exposures without movement. Secondly, the scene in front of the camera needs to be still. Lastly, compiling the photos needs to be done off camera using computer software and takes extra time (although PixelShift2DNG speeds this up tremendously over using Sony’s Imaging Edge Desktop). For some situations, Pixel Shift isn’t a very helpful feature. But, I’d argue that being able to leverage its high-resolution capability some of the time (or all the time depending on your photography genre) rather than never makes it a very important addition and is sorely missed with a 12-megapixel camera.

Now, I know what you’re thinking: Pixel Shift Multi Shooting surely sounds like an a7-“R”esolution type feature. We’re talking about megapixels and fine detail and all that goodness; to the a7R it goes! And I have to disagree. Between the a7, a7S, a7R, and a9 cameras, Pixel Shift’s value in the a7R is really the least beneficial. Nothing makes that more obvious than the lower resolution a7S III.

For the a7R series, Pixel Shift is more of a novelty than a necessity. Now up to 61 megapixels, the a7R IV’s 16-shot Pixel Shift creates 240.8-megapixel files that are plain unwieldy to process and edit on my computer. The file size of an outputted Pixel Shift composite is about 1.45 GB before any editing takes place. They are greatly detailed and fun to comb through all the way zoomed in, but unnecessary. After trying it a few times, the novelty wears off and the ease of shooting still very high resolution 61-megapixel images wins out. The feature is wasted inside the a7R.

The point of the a7R series should be that you don’t even need Pixel Shift to create these photos. You just simply snap the picture with none of the drawbacks. The resolution is built in, whereas with other Sony cameras we would have to use Pixel Shift to achieve that level of resolution; It’s possible, but it’s more complicated.

When Sony develops new features, we often see them spread to all of their cameras. The a7S III should be able to shoot 48-megapixel Pixel Shift photos because it makes it a more viable and salable hybrid camera while still allowing the a7R to have undisputed purpose in the portfolio. There is no cannibalization, just better products.

The Galaxy, the Jet, and a Famous Black Hole