Photographers are obsessed with improving their work through new gear purchases, extra lighting, and better retouching, but there’s one trick that’s often overlooked: the power of moving 12 inches.

I see it time and again when out shooting landscapes with friends. We’ll rock up on location, find a good spot to shoot from, and end up with wildly different photos. How could something that doesn’t move, (a landscape) taken at the same time look so different?

When I shoot portraits and want to get a different look, I’ll pop up multiple backdrops, fiddle with lighting, reposition reflectors, get my model to pose differently, try different outfits, and so much more in a bid to get a variety of shots from the one shoot. But it’s my experience in landscape photography that’s taught me that simply repositioning the camera, even mere inches, can transform a photograph. 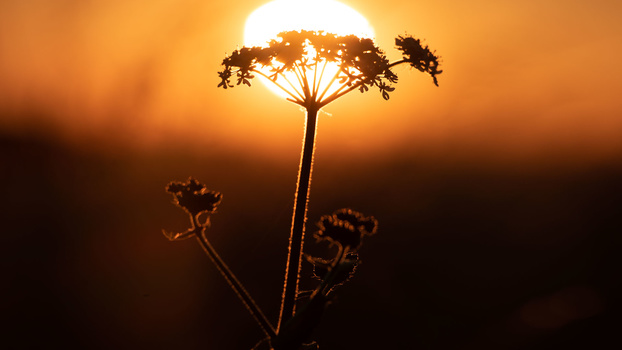 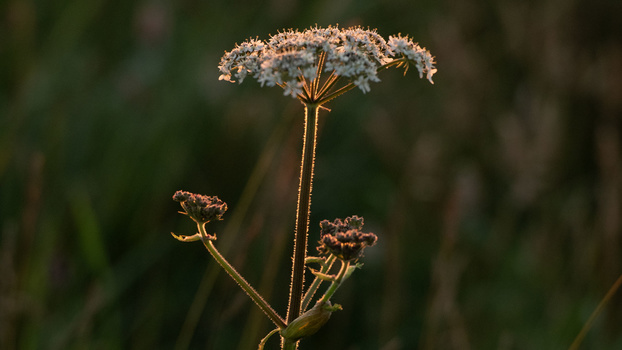 Let me provide an example to show you what I mean. After staying up one night doing some astrophotography capturing Comet NEOWISE in southwest England, I decided to hang around for the 4:30 am sunrise (summer nights are short here in the UK). As soon as the sun popped up from behind the Somerset hills, a radiant, glowing, golden light basked the fields. Right in front of me were some wildflowers, which were backlit by the rising sun, and I wanted to get some shots. So I decided to shoot handheld with my Nikon D750 and my AF-S NIKKOR 70-200mm f/2.8G ED VR II.

I kept my settings the same throughout to show you how powerful simply moving a few inches can be. On manual mode, I set an aperture of f/4.5, shutter speed of 1/1,600 sec, and set Auto-ISO. I zoomed into 200mm to flatten the scene and push the background into a soft blur, which would allow the flower to stand out clean, and sharp. I also shot from the same position, only crouching further down, until I reached a squat.

My first instinct was to crouch down. “Why am I crouching,” I thought to myself. And then I realized that experience has taught me that I needed some flare in my photo to bathe the frame in orange light, thereby showing that the flowers weren’t just backlit, but backlit by a rising sun. It was the shooting angle that was making all the difference. So, I thought I’d test this out by standing back up. 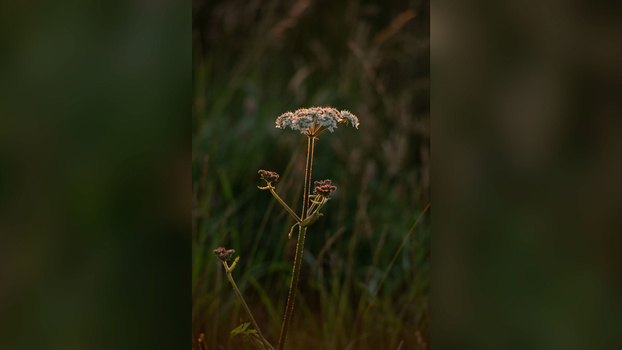 Sure enough, the orange was gone. A backdrop of lush greens were lightly parted by the yellowish glow of the hairy flower stems. It was nice, but was nothing like the flare on my previous crouching shot, so I sunk a little further. Only 12 inches (one foot, or roughly 30 cm) made a big difference. 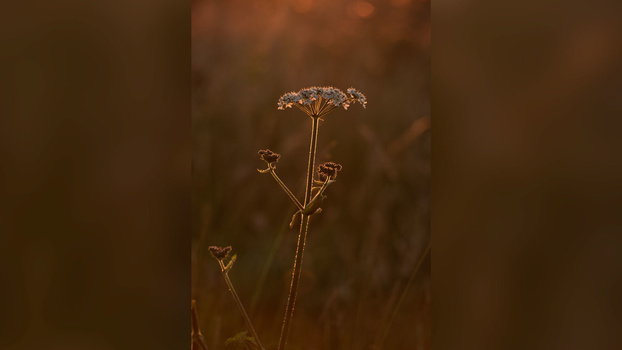 Although the stems and flower petals were still bright, the greens now shone a rich orange. It felt warm, inviting, and summery. “How far could I push this,” I wondered, thinking perhaps it would get more and more orange until it was one giant, overexposed mess. So, I dropped another 12 inches until I was squatting down. 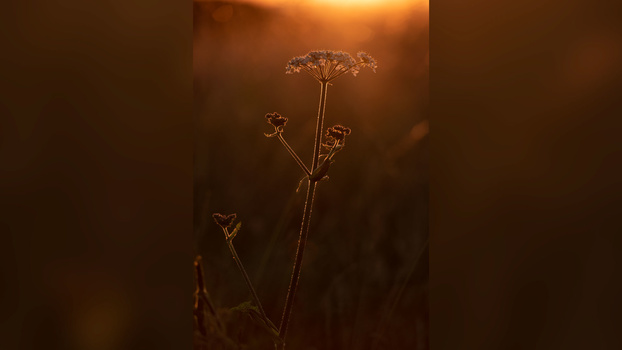 Now, the greens had completely disappeared, and the orange tones darkened into a crimson red. I had the distant horizon at the very top of the frame, and the sun was now almost visible. The shot had a lot more contrast with shadows deepening and highlights almost white-hot. Why wasn’t it overexposed? Because I had Auto-ISO on, so the camera metered the scene and adjusted ISO accordingly. So, it was time to go another 12 inches down and include the sun in the frame. 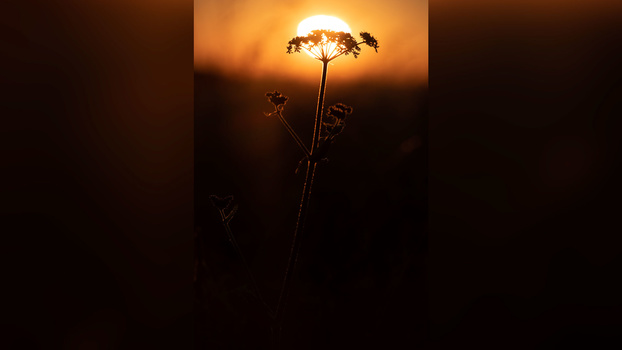 I had to be careful here. I shot on a Nikon D750 at the time, which has an optical viewfinder. Combine that with the 70-200mm telephoto lens I was shooting on, and it’s a recipe for burnt retinas and blindness. I engaged Live View and sunk down until the sun was now visible through the flower petals. The scene took a dark transformation. Shadows were now black like coal, the sun just a white oval, distorted by its low angle on the horizon. The entire sky was red and orange. Only two sharp, white lines either side of each stem partially penetrated the black ground.

I shot this series of images in manual mode having dialed in Auto-ISO; that way, all my other settings would remain the same for visual consistency, and I kept my focal length at 200mm on my 70-200mm telephoto lens for all four shots. This just goes to show that the power of moving just 12 inches can dramatically change the look of a photo without changing anything else about it. It only took a few extra seconds to sink down and rattle off these additional images, and I’m so glad I did because it gives me so much more variety to choose from.

If this was a portrait shoot, I’d have four times the variety of shots from only a small squat and a few extra seconds. It’s not just useful for nature or portraits though; this works for any genre of photography. So, although my images above are of wildflowers, the technique could be equally applied to astrophotography (think of the change of foreground), landscapes, macro, products, and more. Now, I realize this technique isn’t always possible because of lighting placement, backdrop size, and a whole host of other variables that may restrict shooting positions. But when out photographing on the hills, this little trick could provide images you hadn’t considered before moving on. So, the next time you’re shooting and want to get some variety, why not try moving slightly and see what you get?

How to Shoot in Manual Mode in 10 Minutes

Romain Duquesne: “For men who are boys, a cry to connect”