Is it Time to go Full Frame? Weigh These Pros and Cons Before You Decide

20 Magical Photos From Venice Carnival (When Masks Were Fun!)

Yashovardhan Sodhani gives us a peek into the lives of the children who reside on the underside of the world’s oldest profession. 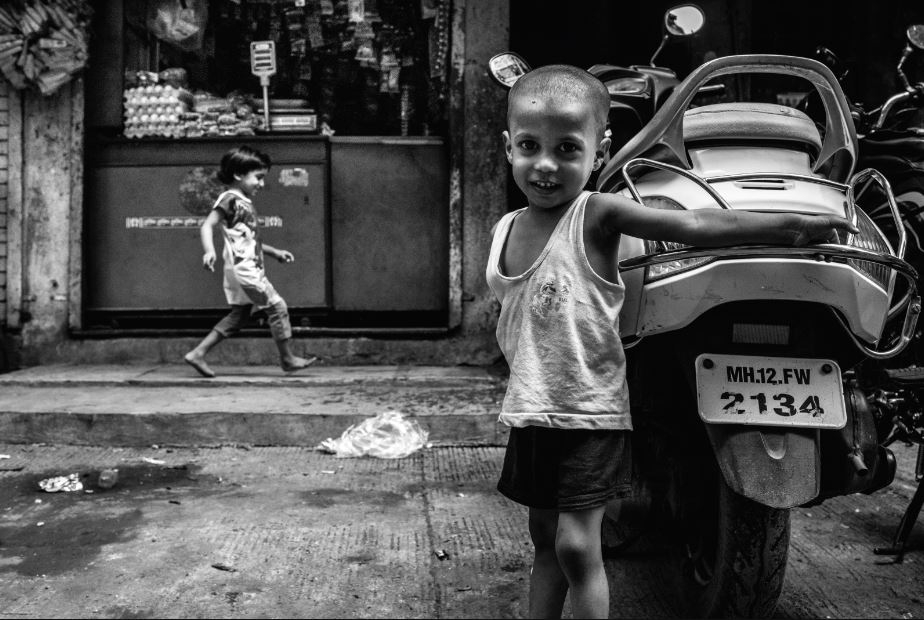 The area around the brothels became playgrounds for the children of the prostitutes. In this picture, two kids are seen playing, right before their mothers came to collect them, to take them to the NGO. Photograph/Yashovardhan Sodhani 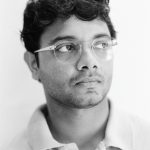 Sometime ago, I had watched a documentary called Born into Brothels that was based on the children of prostitutes, who resided in Sonagachi—Kolkata’s red light district. The camera follows Zana Briski, a photographer, who entered Kolkata with the aim of photographing prostitutes. In the process, she ends up befriending their children, and comes up with the ingenious idea of teaching photography to the kids, as a gesture of gratitude for being allowed to make pictures of their mothers.

It was fascinating to see the inner sanctum of a world that’s largely forbidden, and perceived as being dirty and sinful. This piqued my interest in the subject. Based on my friend’s, Suhitha’s suggestion, I approached the Chaitanya Mahila Mandal, an NGO based in Budhwar Peth, in Pune.

mother is seen preparing rice for her child. There’s only a single stove available for all the residents of the brothel. Photograph/Yashovardhan Sodhani

The Mandal functions like a day care center, except that the children are brought in the evening (at about 5pm), and are kept till the next morning, so that their mothers are free to attend to their business. I would accompany members from the NGO to pick up and drop off the kids, as most of the mothers were too exhausted to do it themselves. In this way, I got to know both mother and child, intimately. My aim was to document their daily life, to show viewers how the children weren’t any different from other kids their age. I tried to spend as much time as I could… I played with them, and studied with them.

I photographed the children over the course of seven months (a week every month), before I had to head back home to Jaipur. I would have ideally preferred to spend some more time with the children. However, the owners of the brothels were extremely dismissive of my work. I suppose they felt that my pictures could damage their business. After several months of rude comments and threats, I was finally told by the NGO to discontinue shooting. 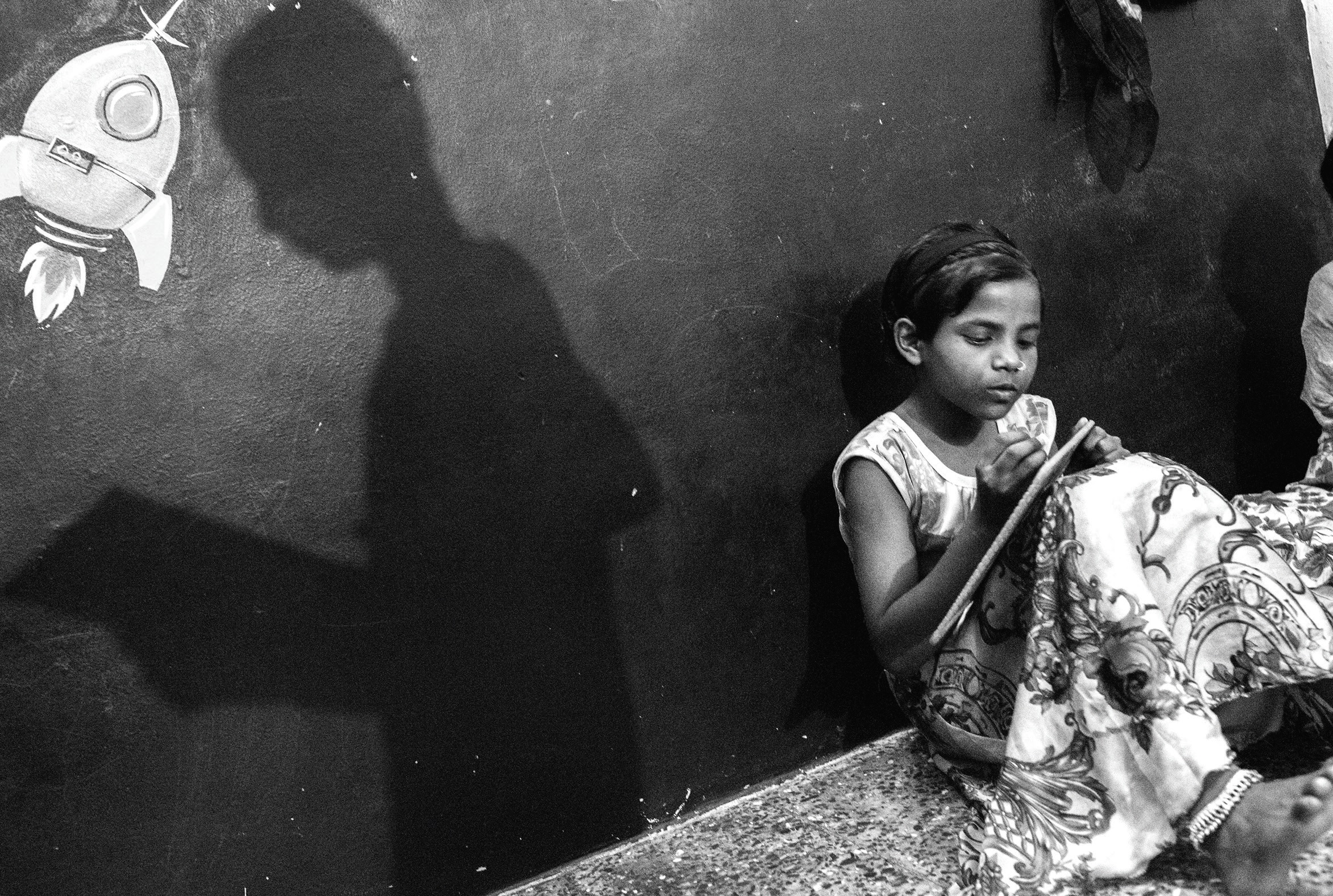 Everyday, the NGO allots a certain amount of time for study. Photograph/Yashovardhan Sodhani

It’s a pity that I had to quit just when I had found my footing. The children, as well as their mothers, were very comfortable and forthcoming in my presence. I hope my photographs provide a brief glimpse of the innocence that exists in a place that’s teeming with crime.

—As told to Conchita Fernandes

Yashovardhan Sodhani’s first real stepping stone in the world of photography was after he took a workshop with Sephi Bergerson, who introduced participants to the realm of photojournalism. That’s where Yashovardhan was exposed to the documentary, War Photographer, featuring James Nachtwey, and credits it with uplifting his perspective on photo documentation. For his next project, he plans to shed light on the issue of water scarcity in India.

This article originally appeared in the April 2018 issue of Better Photography. 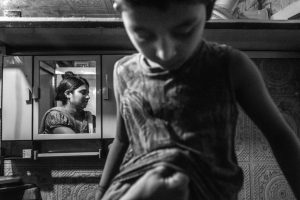 A mother prepares her child for school. Photograph/Yashovardhan Sodhani 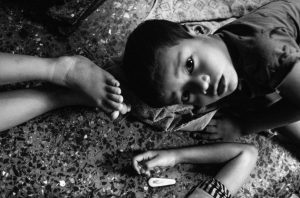 At the NGO, the children have to wake up quite early, as early as 7 am, to be dropped off at the brothel. Here, a child has just woken up. Photograph/Yashovardhan Sodhani 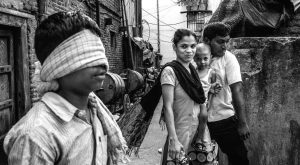 With this picture, I wanted to depict the duality of the area… How the sex workers exist alongside people of other professions. Photograph/Yashovardhan Sodhani 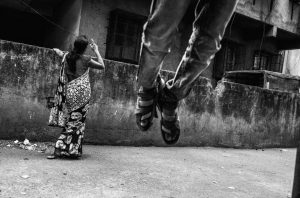 Mothers who drop off their children at the NGO are not permitted to enter the building because of discriminatory rules by the society in which the NGO is housed in. Here, a mother is seen making an inquiry with one of the wardens, who is communicating with her through the window. Photograph/Yashovardhan Sodhani 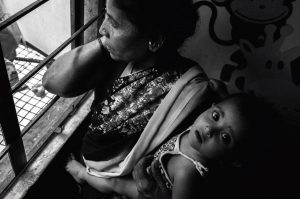 An NGO warden is seen holding a child, while responding to a query by a mother from below the building. Photograph/Yashovardhan Sodhani 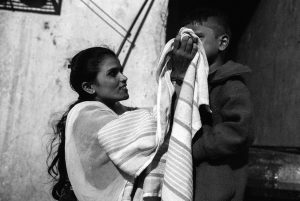 It was the monsoons. A mother is seen drying up her kid, before he entered the NGO building. Photograph/Yashovardhan Sodhani

This Photographer Accidentally Shot a Meteor While Capturing a Volcano