Over the last few years, we’ve increasingly and very publicly questioned our behaviors, our politics, our history, our heroes, our statues, and our art. It’s only reasonable that we question our photography idols. Where do Helmut Newton’s hyper-erotic photography and his ruminations on power fit into our new world?

(A bit of a disclaimer, I am a long-time fan of Newton; in fact, I first fell in love with photography through his imposing images.)

Gero von Boehm’s new documentary, Helmut Newton: The Bad and the Beautiful, has something for those who are interested in the cultural aspects of Newton’s work and for those interested in his creative process. 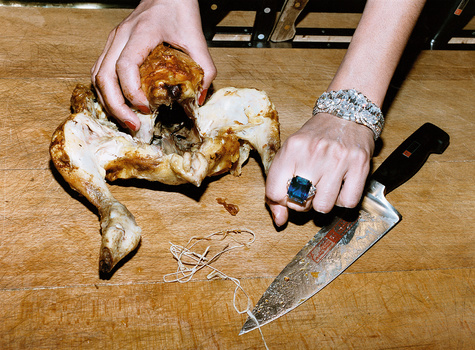 With most theaters still closed, you can find the film now streaming through a variety of local theaters. Check out the following link for more info.

Although von Boehm’s work is too subtle to mention it, he seems to be asking how Newton’s work might fare in light of the #metoo era. 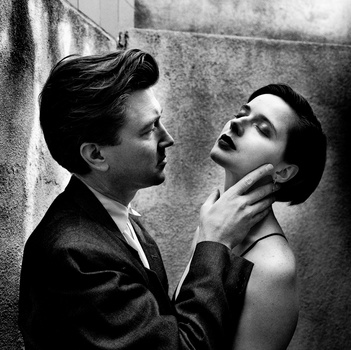 Early, and often, von Boehm sets up the ongoing debate. On the one side, Newton is a creative genius, a provocateur, as Isabella Rossellini calls him, responsible for bringing controversy and conversation to fashion and editorial photography. He elevated fashion and editorial photography to a form of cultural analysis. On the other, Susan Sontag calls him an outright misogynist to his face. Newton defends himself as a lover of women, a feminist even. Sontag holds her ground and retorts that all masters adore their slaves. Where, then, do Newton and his work fit? 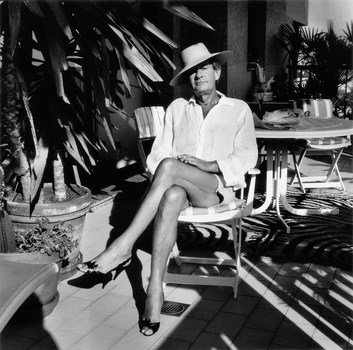 I’ll leave you to von Boehm’s film to watch the nuances of the debate for yourself. It’s interesting to see that many of his female contemporaries view Newton as a genius and collaborator. Anna Wintour points out that women were the driving force in Newton’s photography. And, more so, not just women, but strong women, women in charge. As Grace Jones calls them: unattainable women. When talking about Newton’s images, it’s mentioned again and again that the women he photographed are often looking down on the viewer or on the men present. When men are present, they are typically nothing more than accessories in the scene, not that much different than the handbags or jewelry he was paid to photograph. 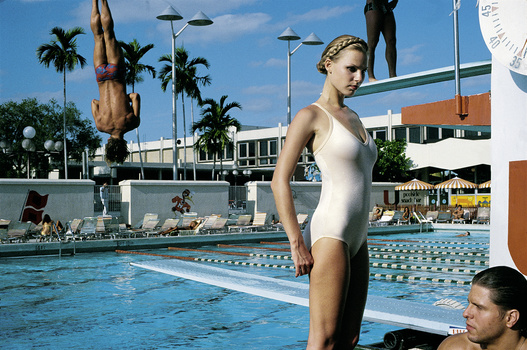 Newton’s work inspires debate. Did he do this intentionally? Asked by June Newton if he is nothing more than a naughty boy, Newton responds that he’s also a bit of an anarchist. He was the provocateur that he set out to be. Newton himself claims the old saying “the more enemies, the more honor” as a kind of mantra. His goal was to shake up the system, to force his audience to rethink the roles, relationships, and power dynamics they took for granted.

…the more enemies, the more honor.

Despite the inherent problems at the confluence of the male gaze and the female body, the film manages to tell a story of a photographer whose images have sparked wide-spread public debate about eroticism, power, sexuality, and gender relations unlike any other. 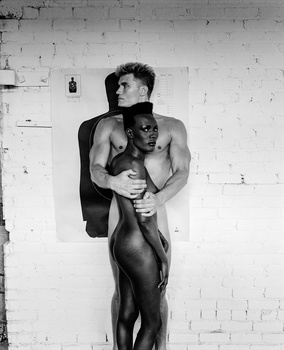 Later in the film, Wintour dismisses the criticism of Newton’s work by pointing out that making thought-provoking work means that you’re eventually going to upset someone. There is no way to push widely-accepted community boundaries without rubbing someone the wrong way.

In the end, it’s the conversation with Grace Jones that helps me understand not only my own appreciation of his work but why his work may never fall out of step with current culture. Jones explains that she got along well with Newton because “[h]e was a little bit perverted, but so am I.” I can’t help but think that Newton’s popularity comes from the fact that we all are, at least a little.

Outside of the cultural conversation, von Boehm’s film also provides a look behind the curtain of Newton’s process. Having photographed long before the advent of the current BTS craze, this peeks into Newton’s world is gold.

There are print evaluations and pages from notebooks that show just how detail-oriented Newton was, how dedicated he was to the worlds he created. Even more interesting is the use of Newton’s contact sheets to introduce each photograph that the film focuses on. Here, we get to see what images made the cut and what didn’t. Last, we’re given a bit of true BTS when we get to see Newton interact with a few of his subjects. It’s quite interesting to hear him provide direction. Not just the typical physical direction that you can find in any run of the mill BTS mind you; Newton provides emotional direction as well. My favorite might be:

Fitting for a photographer who was driven to explore his themes, regardless of the criticism. 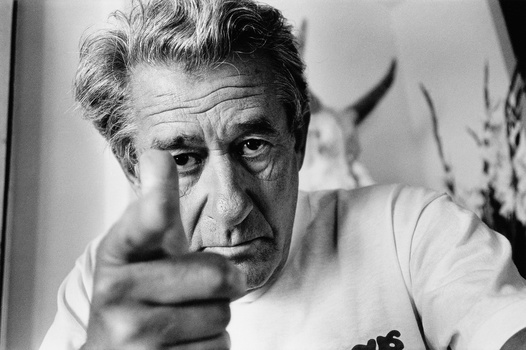 All images used with permission of Films We Like, courtesy of The Helmut Newton Foundation.

Solidarity: The Magnum Square Print Sale in Collaboration with Vogue