This week, I borrowed a $12,000 600mm lens and decided to shoot portraits with it. Random? Yes. Weird? Of course. But I learned some things I never would’ve experienced had it not been for this, so here’s my review of the 600mm behemoth for shooting portraits.

The holy grail of portrait lenses is commonly touted as the 85mm in either an f/1.8 or f/1.4 capacity. Recently, camera manufacturers have introduced long, wide-aperture lenses that produce out-of-this-world bokeh. But how many times have you seen someone shoot portraits with a lens normally designated for wildlife or sports photography?

I pulled out the AF-S NIKKOR 600mm f/4E FL ED VR I had on loan this week and decided to see for myself how a lens worth $12,299.95 (GBP11,999) handled naturally lit portraits. I had no idea what to expect, so read on to discover the benefits and drawbacks I had while shooting portraits with it. 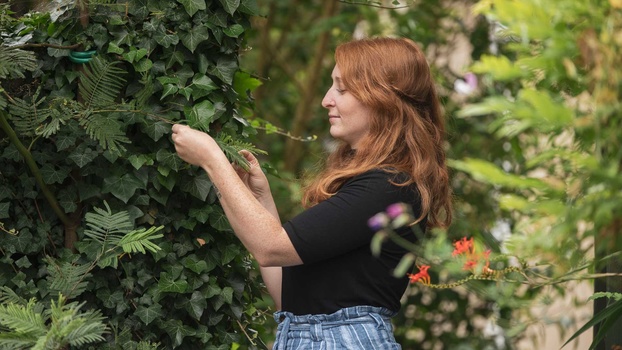 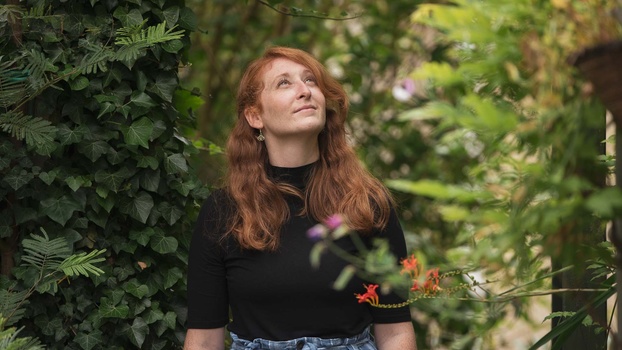 Because I was shooting at 600mm, I had to get a long way back from my subject, and that made it difficult to communicate postures. Most of the time, I found myself yelling out loud: “Yes that’s great, look up towards the treetops!” or “Take a small step to your left!”If you’re shooting a client, this isn’t going to be the most friendly way of setting up a nice, relaxed portrait session.

I was shooting handheld under the canopy of a tree-lined road during an overcast sunset, so to say things were going to be difficult would be an understatement. The low light levels and the fact I was handholding the camera and lens meant my settings had to be maxed out on almost every level. 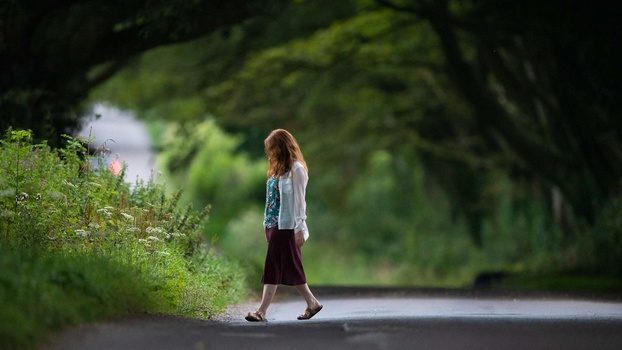 The maximum aperture of the 600mm is f/4, so that was my starting point. The law of reciprocals for shutter speed normally indicates that my exposure time not be any slower than 1/600 sec. But in order to achieve a balanced exposure at that shutter speed, I had to whack my ISO up to 10,000, which is doable on my Nikon D750, but not ideal. 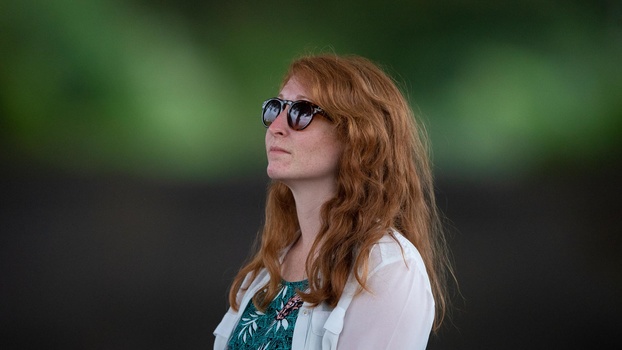 In order to retain a sharp image devoid of camera shake and subject blur, I pushed my ISO to between 1,600 and 2,000, depending on the shot. I had to slow my shutter speed down to 1/500 sec and let the vibration reduction (VR) on the lens do the rest.

As you’re probably aware, these long lenses usually have a fair amount of extra settings on them to compensate for the massive focal length and colossal size and weight. I engaged VR in normal mode and not sport. That’s because my subject wasn’t moving from side to side, so I didn’t require any special VR treatment in that orientation. I chose to focus limit from infinity to 10 meters, which meant my autofocus could get a quicker grasp on my subject, rather than hunting all the way down to the minimum focusing distance and back up again. It felt like it made my AF about twice as fast. 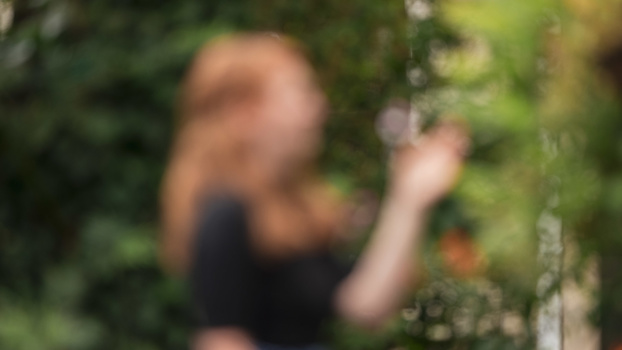 I left all the other settings either off or on default.

Like a creamy, buttery wall of… well, butter? This lens creates the most consistently plain out of focus backgrounds you can imagine. If ever you find yourself in a busy, cluttered shooting environment and you just wish you brought your own paper roll backdrop, then make sure you’ve packed your own $12,000 600mm — easy! It’s such a long focal length that everything behind my portrait subject disappeared into a wall of color and shade. Even positioned right up against a flowery hedgerow, the surrounding environment just disappeared into bokeh behind my model. 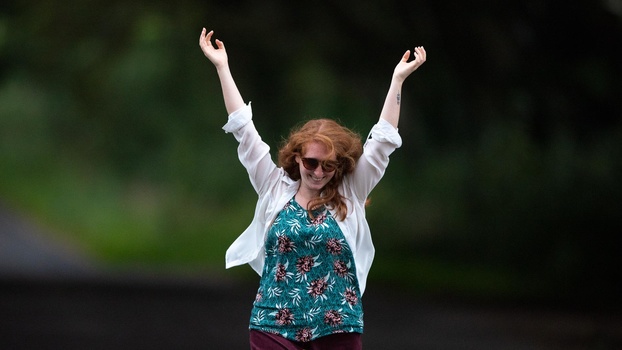 I love shooting with my AF-S NIKKOR 70-200mm f/2.8G ED VR II because it produces fantastic subject separation against busy backgrounds, but this lens is just on another level. Obviously, this is a result of the physics at play that come with a lens of this focal length, but even so, its out of focus areas are sublime.

The perspective compression is brilliant for flattening facial features, and it produces magnificent subject separation. The lens is super sharp from edge-to-edge, so I’ve no qualms with placing the subject anywhere within the frame. It focuses quickly once the focus limit button is engaged (provided that the subject isn’t closer than 10 m away), and the vibration reduction holds the frame rock steady. It was a joy to shoot portraits with this lens, and the extra-long focal length produces results that I wouldn’t otherwise have seen, as it brings the background perceptibly closer to the subject, creating a sense of intimacy.

Obviously, this lens isn’t designed for straight-up portraits in the traditional sense, but rather portraits of wildlife and sports or other action-based activities. But in the context of shooting traditional portraits (if you can call them that), it would’ve been nicer to have a smaller, lighter lens to work with. The newer telephoto lenses being released in the past few years by Nikon that are designed for the mirrorless systems are lighter in weight and smaller in form factor. 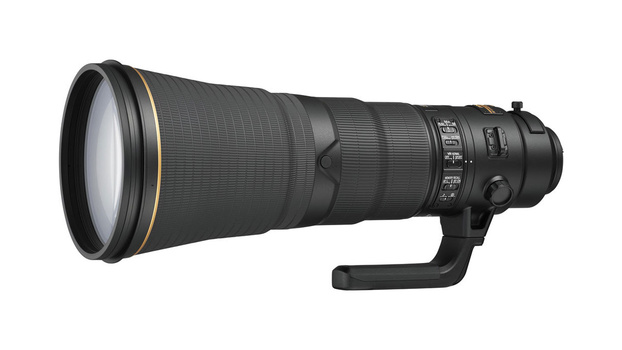 I’d also prefer to have a zoom that allowed me to recompose without moving around, because at focal lengths such as 600mm, you have to do a lot of walking just to go from a head and shoulders to a full body shot. Although the autofocus system is fantastic, it does take some time to hunt through the range, and I found that occasionally, I’d be waiting for focus to lock on before taking the shot. I believe the new eye focus tracking of newer camera models would help alleviate this issue, though.

If you’ve got $12,299.95 (or GBP11,999) burning a hole in your bank account, then sure, why not! It makes sense to get this beast if you’re a wildlife or sports photographer because you need that extra reach to capture distant animals and players when shooting on location. But if you’re planning on just using as a portrait lens, then there are obviously other lenses to reach for at a much lower price before choosing this one. The 70-200mm I mentioned above, an 85mm lens, or even a simple and cheap 50mm will give you a better portrait bang for your buck. That said, the 600mm gave amazing edge-to-edge sharpness, and there was absolutely no chromatic aberration that I could see. 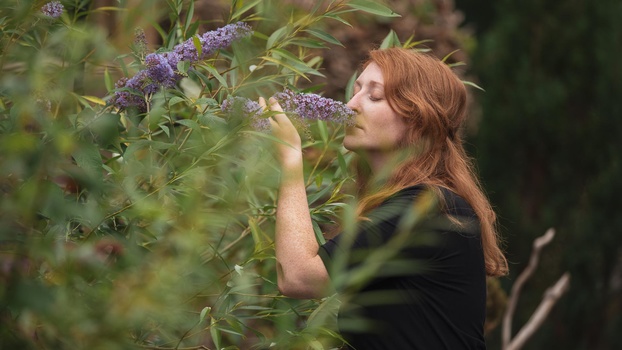 It was an interesting experiment to see how the lens behaved when compared with my 70-200mm f/2.8 or my standard 50mm f/1.4. It’s a lot heavier, so my arms gave out more quickly, and I had to shout loudly to communicate. So, would I take this to another portrait shoot? Probably not. But I can envision where this kind of lens would be good for portraits. Say you have a climber on a rock face or an astronomer using a telescope to see the stars: the perspective compression would help to bring the foreground and background closer together for a more impactful shot.

How to Remove Noise From Video Audio