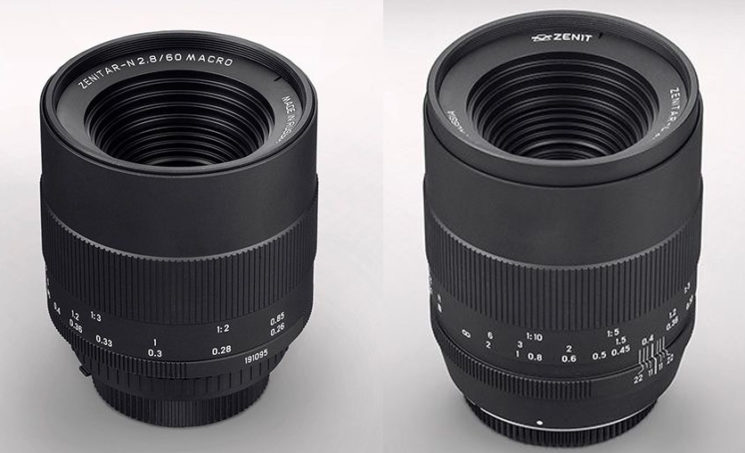 Three new Zenit lenses were recently rumored for Sony E-mount. Two of them have now been announced: the Zenitar 60mm f/2.8 macro and the Selena 58mm f/1.9. However, it looks like we’ll have to wait for the Sony version some more. The 58mm f/1.9 will be available in Nikon F and Canon EF, while the 60mm f/2.8 macro lens will only come in Nikon F.

Zenit has only announced the two lenses for now, without revealing detailed information about them. But here’s what we know so far.

The Zenitar 60mm f/2.8 macro has an electronically controlled diaphragm. The maximum magnification is 1:1and the minimum focusing distance is 0.23 m. Zenit also promises high image quality and corner-to-corner sharpness even at wide apertures. For now, this lens is planned to be launched only for Nikon F-mount.

The Selena 58mm f/1.9 is characterized by “the artistry of the image” and “unusual bokeh shape,” according to Zenit. If the bokeh looks anything like one on vintage Zenit lenses, I’m all up for that! Anyway, there’s not much info about this lens either for now. It’s planned to be released in Nikon F and Canon EF versions.

Both lenses will be officially introduced in Moscow this fall – for photographers and bloggers who will be the first to test the new product. Soon after the launch event, the lenses will go on sale and well keep you up to date with more details and product links.