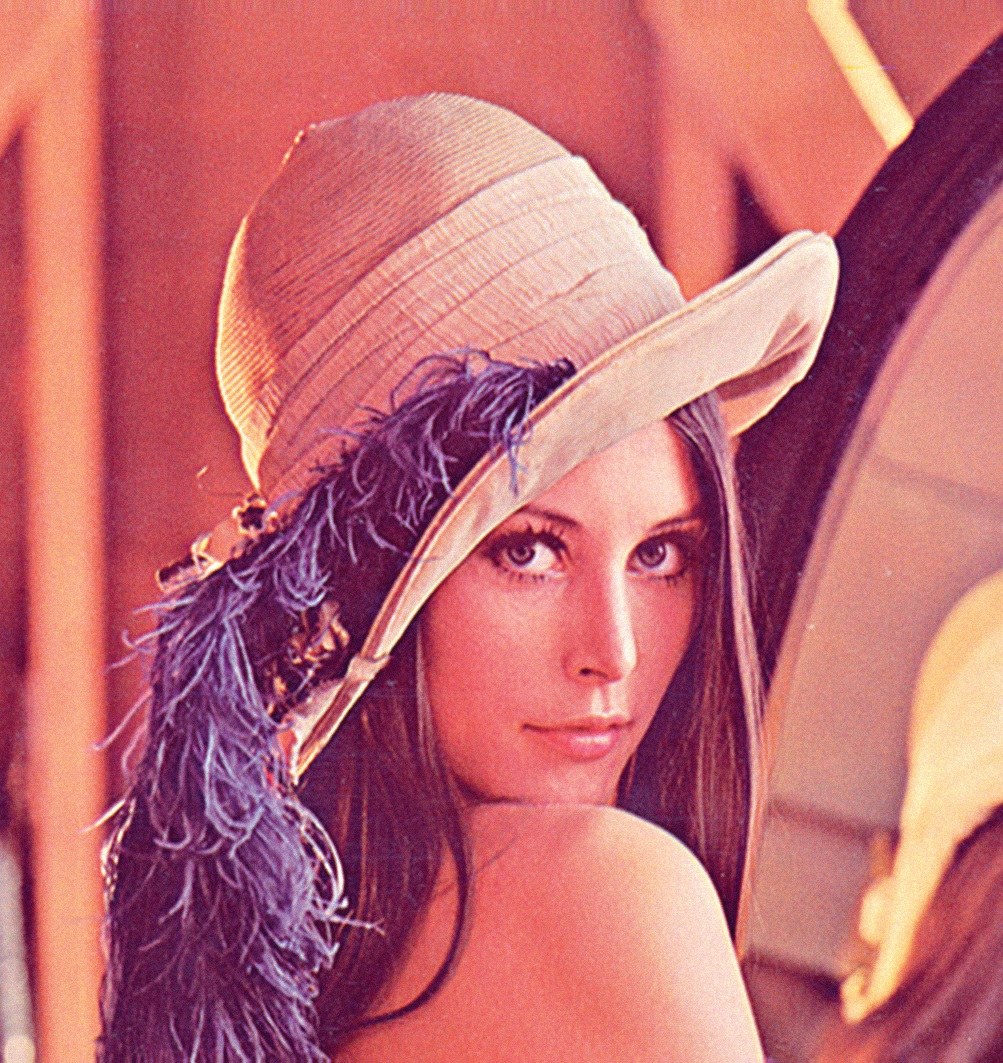 Some photographs attain iconic status by sheer chance. This image is a cropped version of a nude photograph of Lena Söderberg, shot by Dwight Hooker, for the November 1972 issue of Playboy. The Swedish model was 21 when she featured on the centrefold as the ‘Playmate of the Month’. That issue, with a print run of 71,61,561, remains Playboy’s best-selling edition to this day. The image catapulted to international fame in an unusual fashion over the years. In July 1973, Alexander Sawchuk, then an Assistant Professor of Electrical Engineering at the Signal and Image Processing Institute of the University of Southern Carolina, was searching for a photograph to test one of his colleague’s algorithms. The researcher had, by then, exhausted his stock of standard test images, and wanted something new. Legend has it that he chanced upon the aforementioned issue of the magazine.

Lena’s photograph wasn’t the first Playboy centrefold to be used for this purpose. An image of Teddi Smith, ‘Playmate of the Month’ of Playboy’s July 1960 issue, had earlier been used in a Master’s thesis involving digital image transmission. Lena’s portrait, however, stood the test of time and remains a widely popular standard test image. With an astounding amount of detail within regions that are glossy, shaded, textured, and flat, it is a preferred test image for a wide range of image compression algorithms. While the rich tone of the model’s skin makes it suitable for adding and testing for artifacts, her sharp features present adequate variation in contrast.

A poem titled A Sonnet for Lena, by Thomas Colthurst, describes the desirability of the photograph as an ideal test image. The image has also inspired several elements of popular culture. It features in Woody Allen’s 1973 science-fiction comedy Sleeper, when a cryogenically preserved character in a futuristic world selects the centrefold from among 200 artefacts of the 20th century.

The use of the image for academic purposes has also drawn some criticism. It has been alleged that the magazine indulges in the degradation of women by portraying them as sexual objects, and thus, the use of such a photograph in a male-dominated academia is counterproductive to the idea of gender equality.

This article originally appeared in the November 2015 issue of Better Photography.

How I Select my Lighting Modifier