Photographer restores and colorizes vintage photos of 26 US presidents

‘It was worth giving up my anonymity’: how Obama’s photographer became a star

James Berridge of JBColourisation has already demonstrated his impressive restoration and colorization skills. In his recent project, he embarked on a demanding task to make a large chunk of US history more relatable to the 21st-century folks. He restored and colorized 26 presidential portraits. All of those photos that were photographed in black & white now have their restored, colored version.

After he finished the process, James shared a video that, for the first time, shows all US presidents in color. And in another video, he spoke more about his process, the challenges he faced, and why he decided to start this project in the first place.

James says that he received multiple requests to colorize the photo of Abraham Lincoln. And so he did. He shared the photo on social media and Reddit, where it was very well accepted and brought him tons of likes, shares, upvotes, and other types of online validation. However, what really moved him was the comments. Many people said that colorization made Lincoln seem more like a “real human” now; he wasn’t just “a monochrome face in a history book.”

Generally, James usually restores and colorizes more “social history side of history,” as he explains. However, after Lincoln’s colorization was so well accepted, he wanted to make those immediately significant historical figures more relatable to the modern audience. The feedback that he got was the main reason he started this project.

The first US president who was photographed was John Quincy Adams in 1843. Those before him, we know from paintings only. So, this was also the first photo to be restored and colorized. James says that all images he worked on required some amount of restoration. However, the earliest ones, such as this image, were the trickiest. They were often heavily damaged, so there were many problems to solve during restoration.

However, it can get worse. The image of the next president, Andrew Jackson, was the most damaged one James’ had ever had to restore. He could have used another image, which was in somewhat better condition. However, Jackson’s profile was photographed in that one. James’ goal with the project was to help people connect with the image, so he opted for this one where the president is turned more towards the camera.

Restoring this photo was so frustrating that he almost gave it up. But then he found an engraving that was made based on this photo. Thankfully, it was in a much better condition than the photo itself. So, he relied on it to replace the heavily damaged details in the original photo. 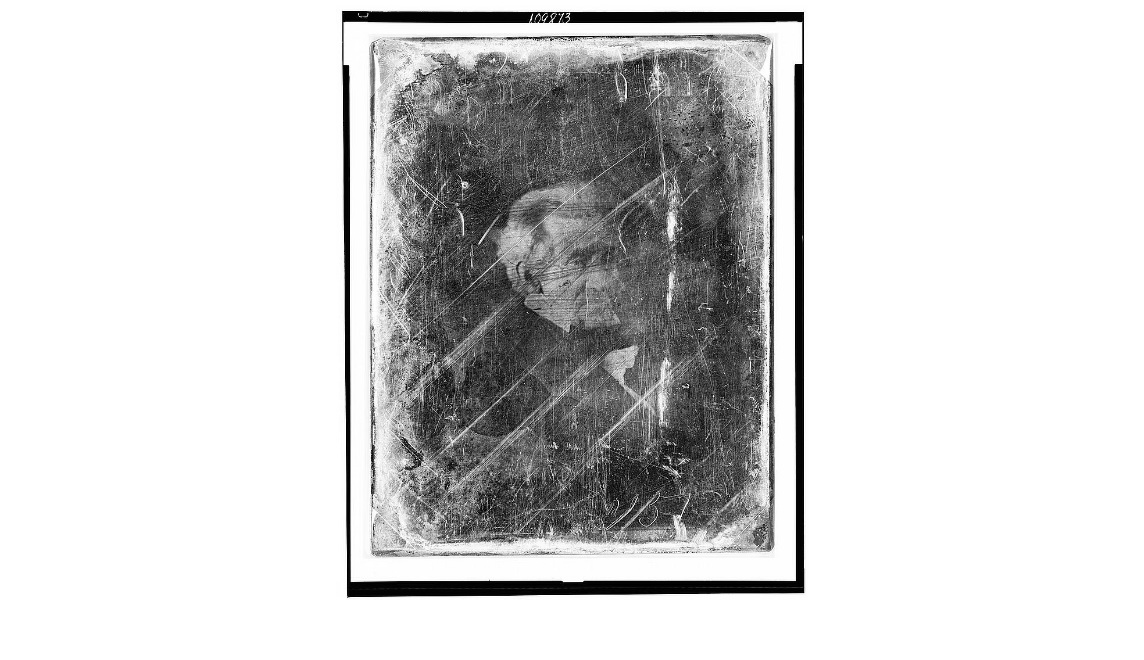 But it wasn’t only the old, black and white images that Jason worked with. Even though he didn’t colorize newer photos, some of them still required quite a lot of restoration. Therefore, he cleaned them up from dust and scratches before adding them to the final video of the project.

I personally love projects like this. I know some historians would disagree, but I enjoy seeing well restored and colorized photos. Sure, I love the original, black and white images, and I respect their historical value. But I can definitely feel a stronger connection with the scene or the subject when looking at colorized photos.

So, here are all US presidents in color. The first five were painted, whereas those after Herbert Hoover were already photographed in color. As you can guess, all colorized photos in between are James’ work. You can follow him and find more of his work on Instagram, Facebook, YouTube, and Twitter.