World travel photographer, Elia Locardi, just launched the second season of his YouTube travel series and while most of us may have started watching in the first season to learn more about how Locardi creates his near-perfect landscape photographs, I got a rare opportunity to witness how the pilot episode was produced and even got to sit down with Elia to talk about some of the subtly told messages of “Moments in Time.”

It was an absolute delight to be able to show Elia Locardi around the mega-city that I call home. 99% of the photography work I do revolves around that city and it was obviously with quite some pride that I drove Elia and the two amazing videographers, Valentina Vee and Andrey Misyutin, from their hotel to the shoot location. The feeling of being able to show them some of the beautiful views that Manila has to offer was quite similar to getting an opportunity I got a little over a year ago to be able to write for Fstoppers as a photographer from a small and distant country that some of you readers might have not even heard of.

“Moments in Time”, in the simplest sense, indeed is a travel show. From season one up to now, an obvious aim of the show is to talk about and even promote various destinations for both simple travelers and traveling photographers alike. While it does touch up on some well-visited locations, an undoubtedly valuable offering of the show is shining some light on locations that the viewers may have not seen or heard of. This pilot episode featured a location little known to regular tourists and what is undoubtedly the best view of one of the world’s most iconic volcanoes, Mt. Mayon. 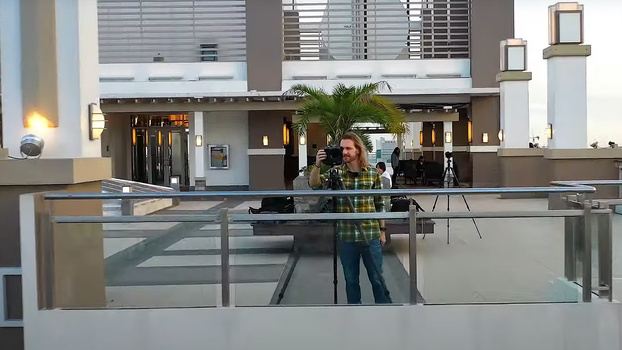 Of course, a majority of those who have been following this series are the landscape and travel photographers who constantly learn from Elia Locardi. In any YouTube photography video, it’s always a delight to find both educational and entertaining content and that’s obviously what Locardi and his team envisioned “Moments in Time” to be. One feature to expect is that when it comes to the process of shooting, Locardi never holds back in sharing what he does and how he does it. It’s also a plus that a supplementary post processing tutorial came with the pilot episode. 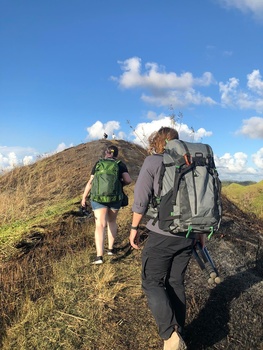 The season 2 pilot episode represents what Locardi aims to advocate with this series and it is something that concerns any photographer from all walks of life. In various conversations with Elia both in person and through social media in the past months, we would talk about two specific things that both of us could relate to. In the car ride to Torre de Manila where the last part of the episode was filmed, we talked about impostor syndrome, self-doubt, and how they hinder us as photographers, creatives, content creators, and artists. Because of the obvious toxicity of the environment that social media and the internet in general has developed, photographers like us often experience moments wherein we are hindered by our fears of failing to satisfy ourselves and the people who see our work instead of being able to freely express ourselves. Even more during this pandemic, just like the rest of the people in the world, creatives are often in the brink of anxiety and depression either because of the physical and creative limitations that this crisis has imposed on all of us, or because of the financial repercussions of the said hindrances. Most likely, it’s a mix of both and in any case, we as photographers and fellow artists, have the capability to make the burden lighter for others.

More than the destinations, culture, history, food, and the photography involved, “Moments in Time” sends a subtle, yet very important message. The worldwide photography community may be divided geographically by thousands of miles but it somehow comes together in platforms such as social media, YouTube, and websites like Fstoppers, but it is somehow driven by many of the wrong things. Envy, hate, cultural differences, politics, and even gear-related pride often turn what could be a healthy and positive community into a toxic avenue for conflict. “Moments in Time” is an attempt to help change that and this pilot episode certainly screams it louder.

“Moments in Time” season 2 episode 1 is very minimally about Elia Locardi, minimally about the photographic process, but instead is an illustration of what positivity photographers can create when they come together in the name of the craft. This pilot episodes features “‘Fstoppers Photographer of the Year 2019”, Jan Gonzales, commercial and landscape photographer, Win Magsino, photojournalist, Alecs Ongcal, and one of the pioneers of modern Philippine landscape photography, Jay Jallorina. One thing Locardi and I definitely agree on is the fact that the beauty of photography lies in the community that we all have built allover the world. “Moments in Time” aims to amplify the positivity of making connections, building bridges, and finding friends allover the world to celebrate the beauty of it and the images of it that we produce. 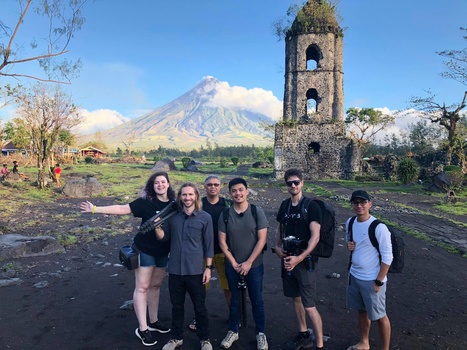 This series is a way to amplify the voice of other remarkable artists around the world, a way to showcase their talent, especially for those whose brilliance is often overlooked. It is a way for noble causes to be promoted and for social issues to be given light. “Moments in Time” is actually a way for many deserving artists from any part of the world to be given their moment in time to share who they are, what they do, and the beauty of the place they come from, along with its unique story. 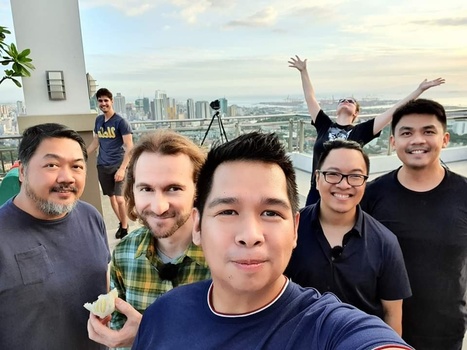 We live in extraordinary times and this world is ever-changing. Even before the pandemic that is COVID-19 has battered us in ways we never thought possible, the world already had calamities, crimes, and tragedies that have put down the spirits of people from any walk of life. Photography, for many, is a common ground that connects people from all over the world and the unnecessary culture of envy, pride, hate, and invalidation should not be allowed to ruin what was created to be an innocent celebration of this world’s beauty that we immortalize with our photographs.

Hands On With The 40-Megapixel Leica M10-R