RAW vs JPEG – The Ultimate Guide

Full frame photography was once the preserve of the hefty DSLR, but as the mirrorless bandwagon gains traction, we are now seeing a number of full frame mini marvels emerging on the market. Offering the same sensor — and so image quality — of their bigger brethren, but in a much smaller and lighter package, are these fantastic additions to the product lineup or just the latest fads?

It may seem strange but we appear to be at the point of a paradigm shift in photography. Perhaps one of the most enduring aspects of camera hardware — and sources of frustration — is the lens mount. It offers the ultimate flexibility in the optics you can affix to the camera body which is what has made the ILC a standard design option. That flexibility comes at the cost of integration which has a knock-on effect on size, weight, cost, and interoperability. Integrate the lens in to the camera and you simplify the design which allows you to make it smaller and lighter than an equivalent ILC, whilst also benefiting from cost savings in production. At that point you have no choice but to use the lens in the camera. It’s what made Olympus so successful at selling bridge cameras from the 1990s and also what appealed to so many shooters with the original Fuji X100.

Integrated lens cameras therefore have their place, but market demands, particularly those of professionals, dictate the need for ILCs. DSLRs followed in the SLR tradition, utilizing the same lens mount to give the greatest flexibility and selection of the best optics. It was Olympus’ foray in developing the Four Thirds system that started the slow journey to mirrorless, culminating in the seminal release of Panasonic’s Lumix G1. Mirrorless, in the form of Micro Four Thirds (MFT), had arrived. So began an intense period of innovation that saw every major manufacturer design a new lens mount and range of cameras. What is interesting is that none of the manufacturers released a full frame (FF) model until Sony’s acclaimed a7 in November 2013. It’s worth acknowledging Leica’s 2009 M9 which was FF and whilst they were late in releasing the L-mount (2014), the FF SL arrived in 2015.

Both Sony and Fuji were intent on, and ultimately successful, in developing a range of professional mirrorless cameras. Interestingly, both preceded these professional ranges with the release of a fixed lens model: Fuji with the aforementioned X100 (APS-C) and Sony the RX1 (FF). Canon and Nikon’s ultimately failed attempt to separate and differentiate the DSLR and mirrorless segments has made them late to market — it is clear that future technical DSLR developments will be limited, with resources being plowed in to increasing the capabilities of mirrorless bodies and expanding lens lineups. This has led to an exciting market of FF and APS-C camera releases from Sony, Nikon, Canon, Panasonic, Sigma, and Leica, not to mention Fuji’s push in to medium format and Hasselblad’s market expansion. Whilst 2020 might be remembered for the impact of COVID-19 on camera sales, the net effect will have been the shift of manufacturers primary revenue streams to mirrorless. 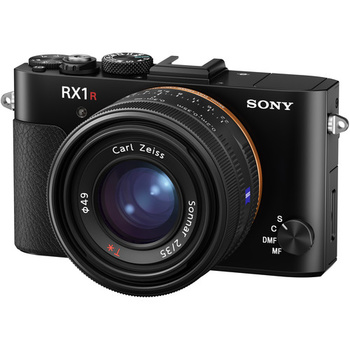 In the spirit of the original Sony RX1 (113×65 mm, 482 g), we now see a number of small mirrorless bodies hitting the market, including the Sigma fp, Panasonic DC-S5, and now the Sony a7C. Sigma’s fp (112.6x70x45 mm, 422 g) was their first L-mount model and surprised many by being so small and highly video centric. The diminutive size was intended to allow the fp to form the center of a “rig” setup and, of all the cameras released, it is the only one that is genuinely smaller and lighter than the RX1. However it’s not primarily intended for stills photography.

The big news announcement has been the release of the Sony a7C which does genuinely fall in to the small and svelte class, coming in at a very respectable 124x71x60 mm (509 g). That’s both wider and deeper than the fp, but it is still noticeably reduced in sized compared to the a7 III at 127x96x74 (650 g). 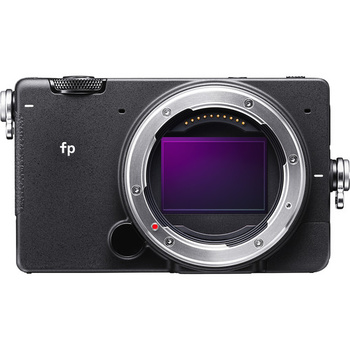 So where are those size and weight savings actually coming from? Ergonomically CameraSize.com is helpful with comparisons, such as the Z 6 to the a7C. It’s obvious that the biggest sacrifice is the central EVF, which is now corner mounted and smaller. It’s an understandable change and one that the Sigma fp completely eschews for its compact size.

So is “micro full frame” a new class of camera? Yes, in the sense that we haven’t really had full frame sensors in really small interchangeable lens camera bodies before, although Sony has a strong direction of travel in this area. A better description of the a7C is that it is an a7 III fitted in to the body of an a6600. The other camera that falls in to the micro sized class is, of course, the RX100. Its history of EVF experimentation — no EVF, hot-shoe EVF, and pop-up EVF — all show it as a great testbed for compact camera development. This comes at a price though as the RX100 (102x58x43 mm, 302 g) and a6600 are both $1,200, with the a7C at $1,800.

Perhaps what’s more interesting about the a7C is that it breaks out of Sony’s established “normal”, high res”, and “high sensitivity” market model. Are we seeing an expansion of the product line or a re-shuffling of it? Will the APS-C lineup be simplified as the differentiation from FF is now smaller than ever? Of course there is one other camera that Sony is able to draw upon which brings us back to Sony’s RX1 and the 2015 follow-on the RX1R II. This utilizes a pop-up EVF and is genuinely smaller and lighter than the a7C and that’s including the Zeiss Sonnar T* 35mm f/2 lens!

One final thought is that making a compact 35 mm camera is not a new problem. Indeed it dates back to the creation of the 35 mm camera in 1913 and, in particular, the release of the Leica II in 1930 which incorporated an interchangeable lens mount and rangefinder. This is the bare design that Sony has followed, with the current Leica M10 also relatively small at 139x80x39 mm (660 g), albeit at a higher price.

The release of the Sigma fp and Sony’s addition to the a7 lineup has expanded the capabilities of small cameras. There will always be a need for the “full-sized” MILC, however are we seeing a convergence around FF that is creating a premium travel camera with much stronger video capabilities. Will we see Nikon and Canon release similar models? Micro full frame: fad or fantastic? 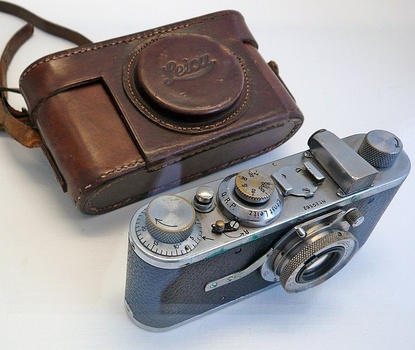