Canadian portrait photographer Wayne Simpson is known for his highly personal, beautifully lit character portraits. The emotional quality of his work isn’t just created with the camera or lights, though. It’s in how he relates to his subjects.

I was introduced to Simpson’s work by a mutual friend, and as soon as I saw the intimate portraits of compelling people, I wanted to know their stories. To me, that is the sign of a master portraitist, and I immediately wanted to find out more about Simpson and how he approaches the art of portrait photography.

Simpson’s journey into character portraits started with hard advice from a friend who told him: “Buddy, you need to do personal work. You gotta experiment, you gotta get out there and do something for you.” At the time, Simpson was focused on weddings and environmental portraits, but wasn’t making a personal connection with his subjects, either emotionally or with the camera. “I was ‘attempting’ to do portraits,” he said with a chuckle. “For some reason, I thought it was okay to put a little, tiny person in a landscape and call it a portrait. And I’ll specialize in lighting if I just throw some light at them and lift the shadows.” 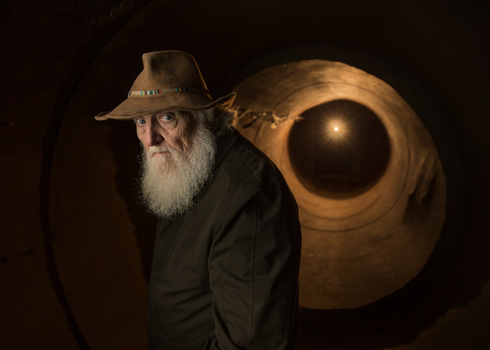 During the first shoot he organized after getting that advice, Simpson was experimenting with light with no pressure from a client, and when he looked at the back of his camera, it changed everything. Since then, he’s never looked back. It wasn’t all smooth sailing, though. He knew where he wanted to take his vision but had yet to develop his own style, so he studied the work of photographers he admired, like Joey L, Joe McNally, and Drew Gardener. Simpson would try to replicate their work or post-processing. “To tell you the truth, I basically failed miserably,” he remembers with a laugh. “But the good thing is that was the birth of my own style.”

So, it was in the ability to take chances with his personal work and having the option to fail and make mistakes that Simpson began to craft the affecting visual style that so lovingly captures his subjects. And it’s in his connection to those subjects that the power of his work comes through. “For some reason, I tend to be drawn to people that demonstrate some kind of resilience,” Simpson said. 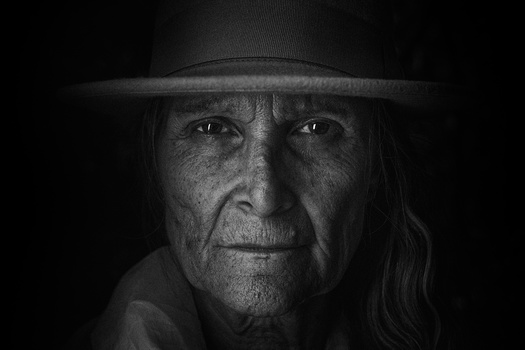 How does Simpson find these fascinating subjects? Over the years of photographing people, he’s trained himself to pay attention, to watch people and listen for those snippets of conversation that signal a person has an interesting story to tell. In the beginning, he looked for people to work with who had interesting visual appeal, but that has progressed and been refined into something more heartfelt and personal. Now, Simpson takes the time to learn about his subjects, getting to know them and finding ways he can appreciate and relate to their stories. “The longer it went on, the more I realize that every one of these experiences with people is life-changing and life-enriching in some way, whether it’s big or small.”

From stories of tragedies and triumph, Simpson lovingly crafts portraits that celebrate the resilience of his subjects. When he begins conceptualizing his portraits, he puts story first, sometimes writing about his subjects to get in the right frame of mind. That purpose carries through to the choice of location, making sure the environment helps tell the story of his subject or reveals something of their character. He also looks for the ability to create depth during a shoot; the environment must give him the option for both wide establishing shots with background and tighter, more intimate shots. That depth also shows itself in the way he lights a scene, often with more than one light source, whether natural or artificial, so there is good separation between subject and the background. 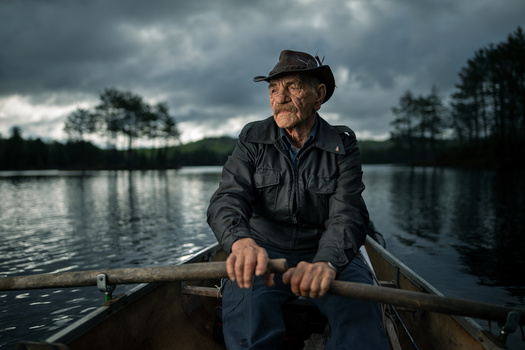 He prefers for his subjects to feel like they’re part of the space they’re in, and rather than using color contrast to create visual separation, he prefers to use light and depth of field. Along with a generally desaturated color palette, what stands out most about Simpson’s work is the clear care and admiration he has for his subjects. Each is rendered with care and exacting detail as Simpson creates portraits that tell stories about the grit, resilience, and character of his subjects. For other photographers looking to create character portraits in the same vein, it’s important to keep in mind that the portraits Simpson creates have their genesis in the honest interest, care, and empathy Simpson has for the people he works with. Every creative choice he makes is a reflection of his desire to tell their stories well, and any photographer starting from that place is on a hopeful path.

Photo Of The Day By Mark Koskulitz