CIPA Data Shows That the Camera Industry Appears to Be Stabilizing

6 Places to Use ND Filters for Long Exposure Photography 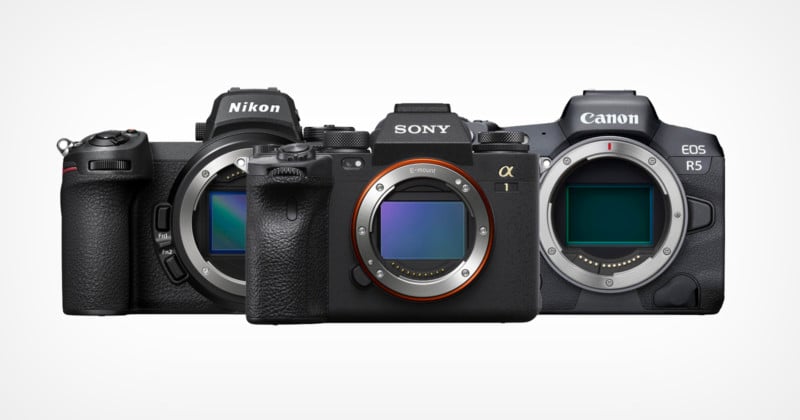 The camera industry may finally be stabilizing according to new data published by the Camera and Imaging Products Association (CIPA), as 2021 has is off to its best start since 2017.

Since around the fall of last year, shipping data from CIPA was following a particular trend: while volume numbers were down, the value of those shipments was up. That has continued as mirrorless cameras are able to sell for a higher price, which is going a reasonable way to offsetting the lower number of cameras overall that are being purchased. That trend has continued into 2021, as camera shipments are still down 12.7% by volume compared to the same timeframe last year, but are up 9% by value.

Looking specifically at interchangeable lens cameras, shipments are down just 6.2% while value is up a healthy 17.3%. 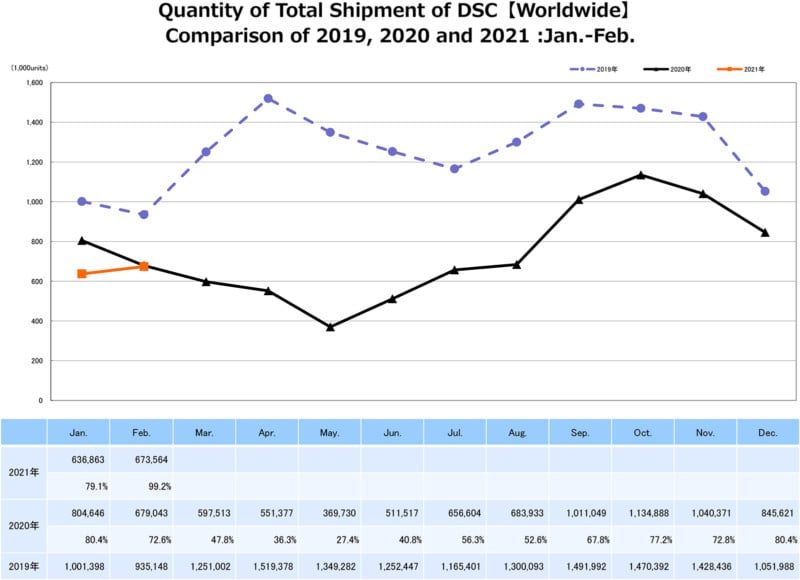 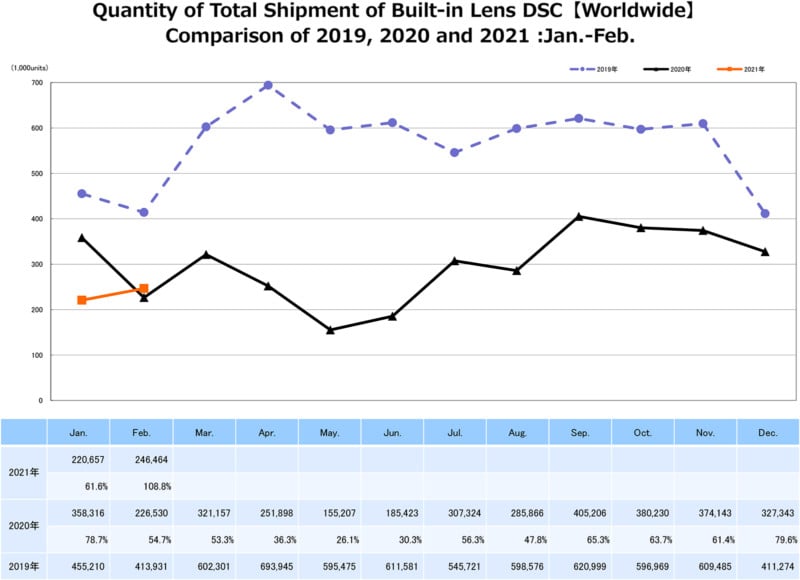 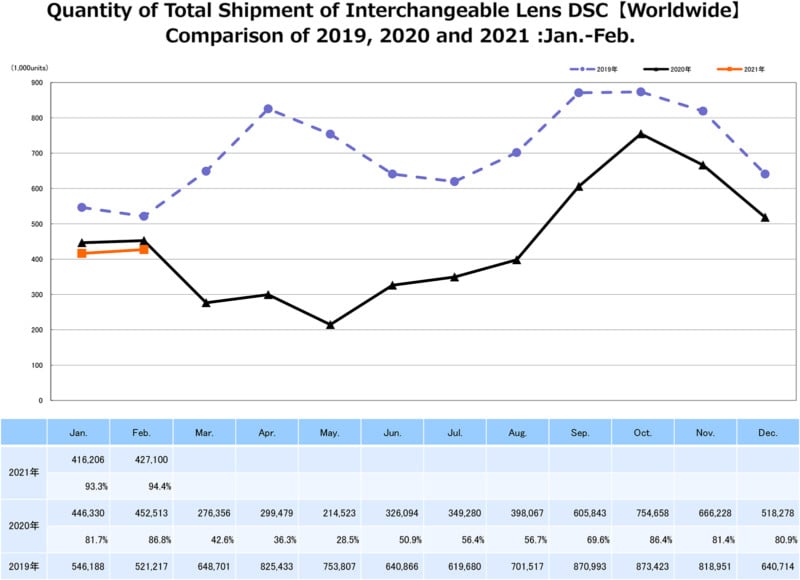 This increase in camera value has been trending only in mirrorless, however, as DSLRs have not only been falling in shipment volume but also in value. DSLRs are actually dragging down the numbers and clouding the really impressive statistics. According to DPReview, mirrorless, once isolated, has a solid 3.2% increase in volume and a wildly impressive 44.5% increase in value. 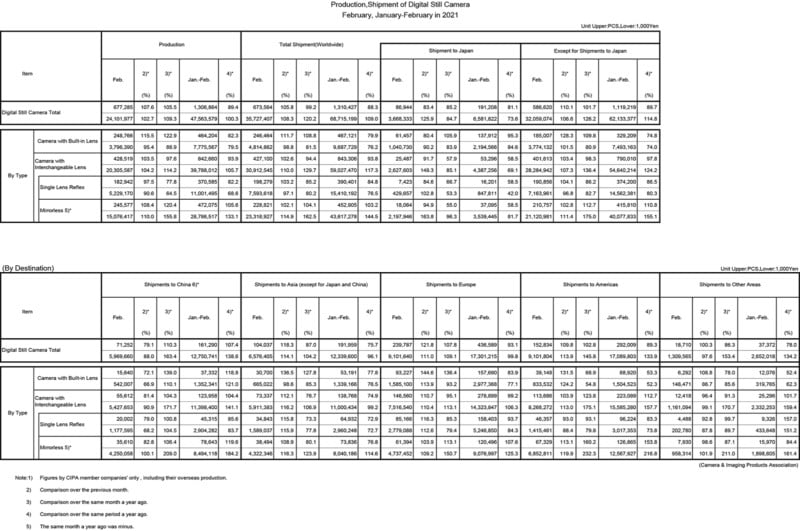 While CIPA doesn’t consider smartphones cameras, they most certainly are and the healthy of the photogrpahy industry should also take the sales trends of smartphones into consideration. According to Omdia, which tracks different markets and shipments of products globally, smartphone shipments continued to decrease by 11% month-over-month, but the top-of-the-line phone shipments increased significantly by 70% over the same period. China specifically saw a huge threefold increase in shipments in February, according to GizmoChina.

Moving forward, when comparing year over year data things are about to get a bit dicey. This time last year, the global economy started to grind to a screeching halt as the coronavirus pandemic ramped up to its first major peak. It’s probably smarter to look at how 2021 compares to 2019 as far as sales and shipments go since it’s not going to be hard to beat the slump that the camera industry experienced through the spring and summer of 2020.

It should also be noted that all the data here only cites shipment data, not sales data. While you can get some sales data from countries like Japan using sources like BCN Retail, targetted and intelligent analysis of sales data in regions like the United States is much harder. While Amazon does have a running list of the most popular equipment sold at any given moment, it’s muddied by bundles, older cameras, and extraneous data. For now, looking at healthy shipment numbers is the best indication we have to gauge the status of the global camera market.