Weird monocular Canon PowerShot Zoom camera is coming to the US

Death Row Exonerees: behind a powerful photo project on injustice

The British documentary photographer Chris Killip has died aged 74. He had been suffering from lung cancer. Killip was best known for his seminal series, In Flagrante, which he made in the industrial north-east of England between 1973 and 1985. He later said of the photobook of the same name, published in 1988: “History is what’s written, my pictures are what happened.”

Of the influential generation of British documentary photographers that came of age in the 1970s, Killip was perhaps the most hard-hitting and the most humanist. “Chris is without a doubt one of the key players in postwar British photography,” said his friend and fellow photographer, Martin Parr, who also describes In Flagrante as “the key photobook about Britain since the war.” 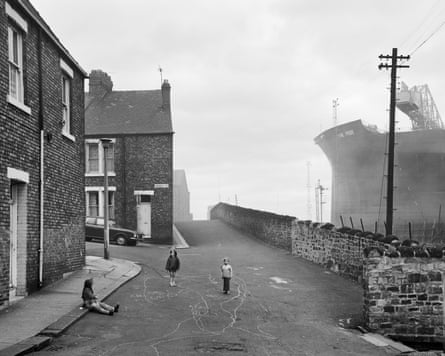 Shot on a 5×4 camera, Killip’s images for In Flagrante captured the plight of working-class communities who had suffered from the devastating effects of deindustrialisation. “It was a different way of looking,” said Parr. “Put simply, Chris created a new narrative by looking more closely at his subjects and what they represented.”

In stark black and white, Killip made several photographs that have since become iconic, including a serious-looking child poised on the shoulders of his gaunt father and a young skinhead curled up on a wall, his face furrowed as if in pain. The art critic Sarah Kent said of the the latter image, Youth on Wall, Jarrow, Tyneside, 1976, that it “personified Thatcher’s Britain”, but Killip rejected that reading. When the book was reprinted in 2016, the short introduction by him stated: “The photographs date from 1973 to 1985 when the prime ministers were: Edward Heath, Conservative (1970-1974), Harold Wilson, Labour (1974-1976), James Callaghan, Labour (1976-1979), Margaret Thatcher, Conservative (1979-1990).” 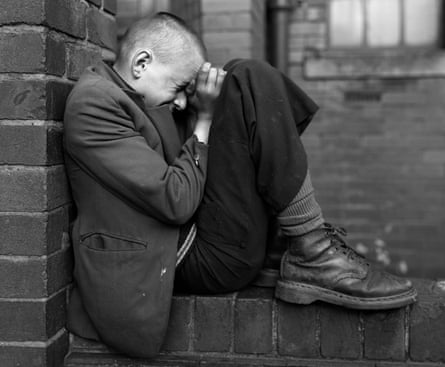 Born in Douglas on the Isle of Man, Killip worked as freelance commercial photographer in the 1960s, before turning to documentary. In 1975 he was granted a two-year fellowship to photograph in the north east and the first evidence of how important his images were came in May 1977, when Creative Camera magazine devoted an entire issue to his work in progress.

In 1985, he was shown alongside Graham Smith in the hugely influential exhibition, Another Country: Photographs of the North East of England, at the Serpentine Gallery in London. Like In Flagrante, the show had an immeasurable influence on several succeeding generations of documentary photographers in Britain and elsewhere. Despite that, Killip was not given the recognition he deserved by major British art and photography institutions. He was however granted a major retrospective in the Folkwang Museum in Essen in 2012.

Killip made several books after In Flagrante, including Here Comes Everybody, which collected his Irish photographs, Seacoal and Arbeit/Work. In recent years, he revisited his archive after his son, Matthew, a film-maker, discovered a raft of his overlooked contact sheets. The result was four large-format zines: Portraits, The Station, Skinningrove and The Last Ships, all published in 2018. 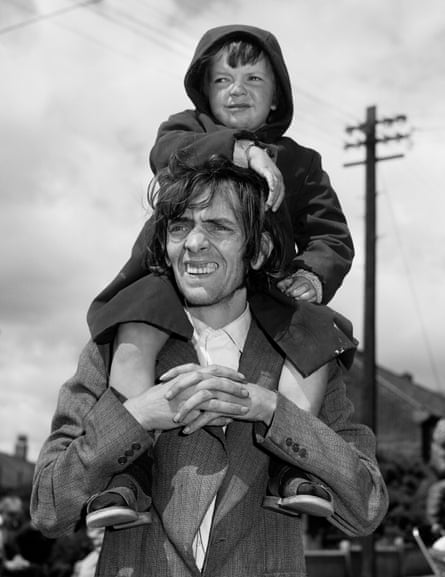 The latter is an elegy for a working class community that lived and worked in the shadow of the huge vessels that were constructed, and loomed over, Wallsend and South Shields before the decline of the shipbuilding industry. As such, like most of Killip’s work, it is an elegy of sorts for another Britain.

“I made those photographs with a sense of urgency, as I thought it wasn’t going to last,” Killip told me last year. “I didn’t set out to be the photographer of the English de-Industrial Revolution. It happened all around me during the time I was photographing.”