There comes a point for every photographer who tries film when they eventually shoot black and white. Yes, yes, I know: there are plenty of people who seem to exclusively shoot C-41 (color). For those that shoot black and white, they know that it can be addictive. Whether you prefer Ilford HP5+, Delta 100, Kodak Tri-X, T Max 100, or any other black and white film, there are so many more to choose from compared with color film stocks, and each of them has their own personality, so much so that you’ll likely find that there are stocks you like and prefer and those you don’t much care for. Similarly, everyone else has films that they like and those they don’t care for. The best part of all of it? Everyone has their own tastes and preferences, which really gives more opportunity for diversity. 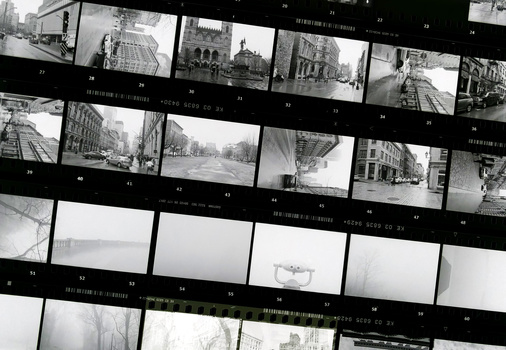 In addition, the black and white film feels transportive compared with color film stocks. For example, Kodak Tri-X has been around since 1954. Similarly, the current Ilford HP5+ evolved out of its original emulsion, which made its debut in 1935. Both of these examples have gone through updates to the emulsions, but at their core, they are still quite similar to their previous iterations. Other film stocks you can pick up today, like Fujifilm Neopan Acros II and T Max P3200, are new within the last couple of years, but are based on previously discontinued film stocks, and they still have a beautiful vibe to them.

In addition, while the majority of C-41 and E-6 films are daylight balanced, black and white is not at all white-balanced, so you don’t have to worry about whether it’s sunny, cloudy, or anything else. That may not be as big of a deal where you live, but where I live in the Midwest, it is cloudy for several months out of the year, so black and white became my go-to until the sunny weather arrives. Similarly, color film can get quite saturated and may experience strange color shifts when it’s underexposed. Black and white film, as you can imagine, does not have any such issues. In fact, because it lacks color, you can really push the boundaries of what you can and cannot do. Lastly, and this is a big driver for many people, black and white film is considerably cheaper than color negative or slide film. 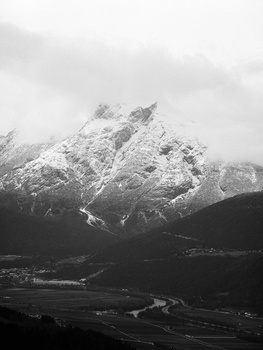 This question generally has one of two answers: it allows for a substantial amount more control over how your photograph looks and it is much cheaper than paying someone else to develop your film for you. I do appreciate having more control over the final product; however, I must say that what I find the most attractive is the ability to do it on the cheap. There are different developers, and all have their costs, but no matter what, it’s less expensive than mailing it out. I’ve found that I really enjoy using Rodinal, which, more than most other developers, can be diluted to such a degree that you would be genuinely shocked just how far you can stretch it. Next up on my list of developers to try is HC-110, which is similar to Rodinal in that it has a long shelf life and can process a ton of film. Though I’ve not yet used it myself, I’ve heard a lot of good things about it and know several photographers who swear by it. 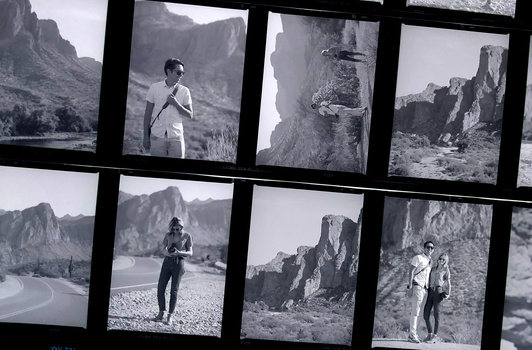 An additional benefit that I don’t usually hear from others but means a lot to me is how quickly you get your results. Most local labs that process C-41 won’t do black and white, and even if they do, it can take a while for them to get around to it or for them to collect enough film with similar processing requirements. If you’re into mailing your film off to a lab, you’re limited by the postal service and go into the back of the queue when the film arrives. When you process your film yourself, you can finish the processing usually within an hour of starting, and after a couple of hours of it drying, you can get to scanning. That is to say, you can easily shoot your film, process it, and scan it within the same day. There is absolutely no way you can do that when you’re working with a lab.

First things first, you need to have everything laid out and ready to go so that you’re not wandering around trying to locate your supplies for the next step as you need it (this includes loading your film on the reel and in the tank). The second step is to look up your developing time (the time for the stop bath and fixer doesn’t matter). For this step, I highly recommend looking at the film stock datasheet if your developer and film stock are from the same brand. If there’s a mismatch, you’ll need to look up the time online; I recommend the Massive Dev Chart. Once you’ve looked that information up, you’ll need to get your water in your pitcher and at the correct temperature. You can mix your chemicals up at the beginning, or as you go so long as you can make quick work of it. 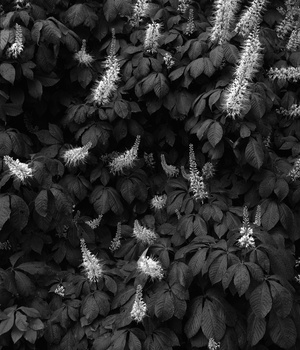 Once everything is set and laid out:

The fixer, unlike the developer and stop bath, needs to be collected separately and disposed of safely. Once you’re done with that, you just need to rinse the film. I prefer to use the method Ilford lays out, but you can really do it however you like so that you get all of the fixer off the film. If you picked up a wetting agent, make sure to use that on the very last rinse. After that, just hang up the film and let it dry! There’s a great short film by Ilford that outlines these steps along with the illustrations. If the film makes it seem too easy, it’s because it’s a very easy process.

I’ll be the first to admit that getting started seemed a bit daunting. I remember saying for months that I was right on the cusp of getting started. I had processed a couple of rolls of 35mm at the College of Charleston when I was teaching statistics classes there years ago, but I had their lab tech right there with me to show me the ropes. With the time that had elapsed, I did not trust myself to remember all the steps of the process, which fed right back into my putting it off. Eventually though, I did give it a go, and by the time I had done two batches of film, I felt like a pro. It is so easy to do that upon reflection of that time, I really should have just tried it sooner.

Do you develop your own black and white? If you don’t, have you ever done it previously? I’d love to know your thoughts in the comments section.

The Unofficial Film of the ‘Film Look’: A Long-Term Review of Kodak Portra 400

Film Photography Is at a Crossroads Headed for Extinction: What It Would Take to Turn It Around and Why It Won’t Happen

Is Artificial Intelligence the Next Major Step for Photographers?