Are you ready for fashion week?

While fashion shows used to be a chance for buyers at boutiques and department stores to view clothing crafted by designers on the catwalk, they have now become a star-studded social event. At the most exclusive shows, celebrities and socialites alike vie for a chance to sit in the front row to see and be seen.

In the last few years, designers have opened their doors to influencers and bloggers who attend shows wearing their latest designs as a new form of marketing. The role of a photographer at fashion shows has adapted to fit in with the digital age.

Keep reading for our tips on how to get the perfect shot at your next fashion show. 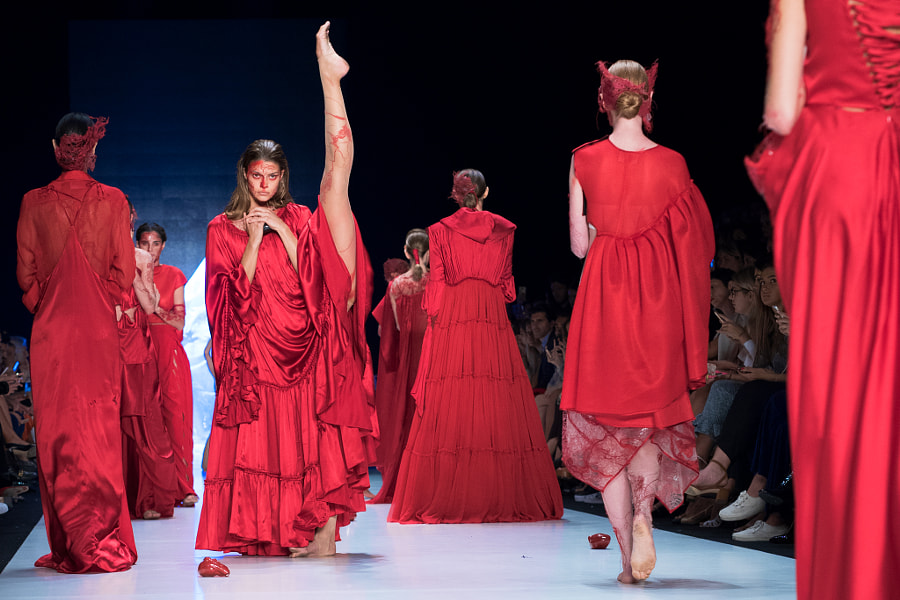 Fashion week can be overwhelming for photographers, especially if it’s your first time.

We recommend making a schedule before you tote your gear across the city to various shows. Prioritize fashion shows during fashion week based on which ones are closest together and getting the most buzz. Is a designer retiring this season? Is this the first collection for a new art director? Are celebrity models expected at this show? Ask yourself questions based on your goals for fashion week.

If you are working for a particular publication, you might be at their whim for show requests, but if you’re freelancing–or just uploading for your portfolio–you can prioritize your schedule based on capturing buzzworthy shots. 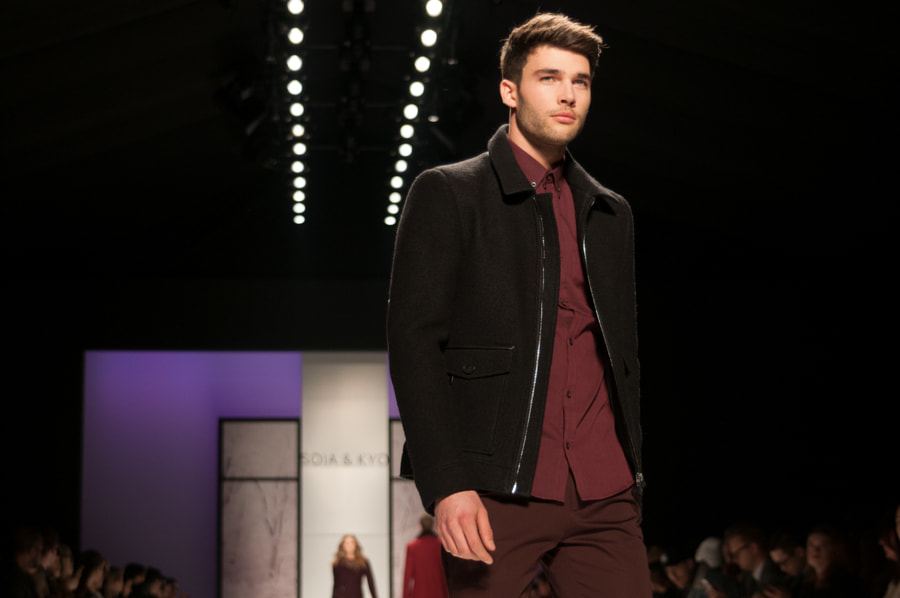 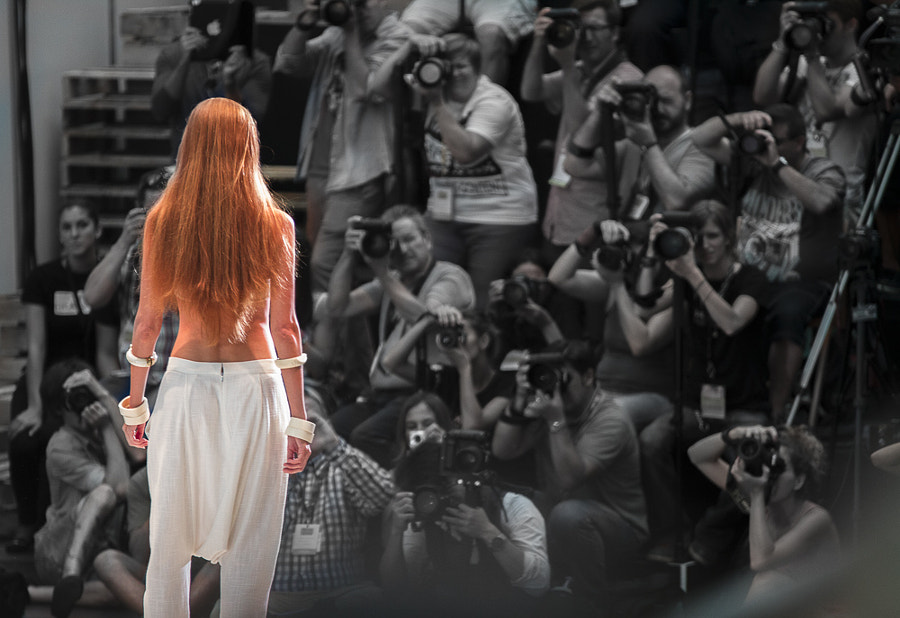 Want to get a prime spot in the pit? Show up as early as you can and find a spot. Publicists will often reserve the best angles in the middle of the photo pit for preferred members of the press, but sometimes, if you show up early, you might get lucky. Stand your ground with aggressive photogs if you’re a newbie to get your perfect shot. If you are unable to get there early, see if you can snag a seat on the ground, or ask for an unassigned seat in the crowd with a good angle. Capturing through the audience offers a different shot than most of the photographers in the pit will capture. 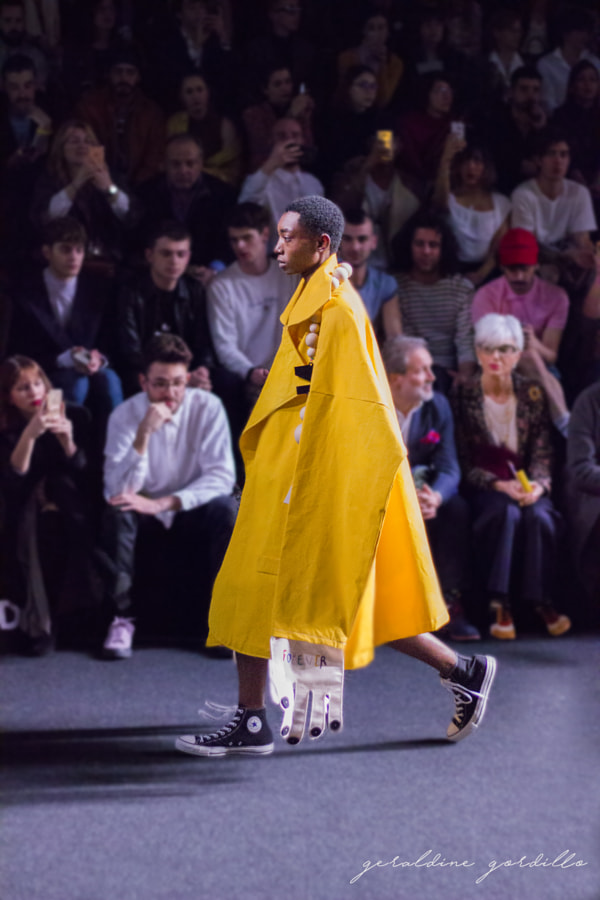 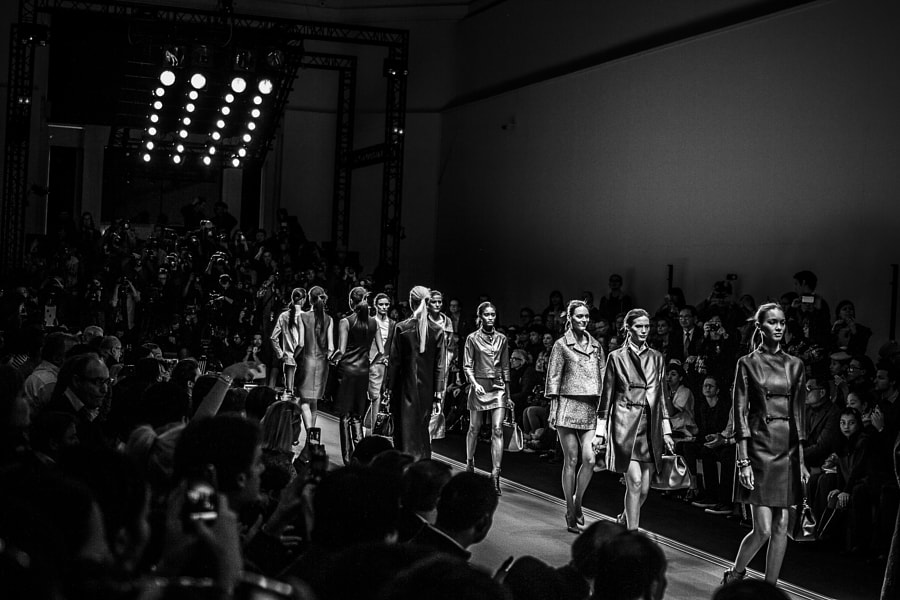 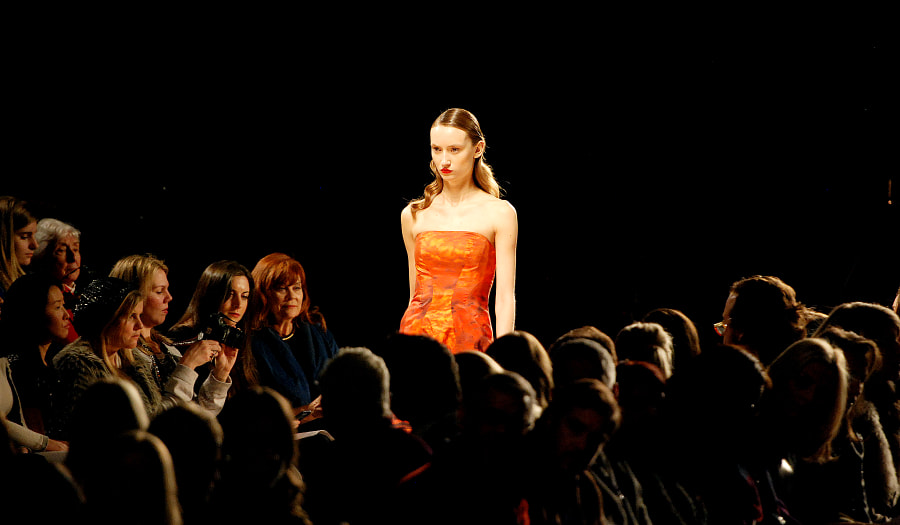 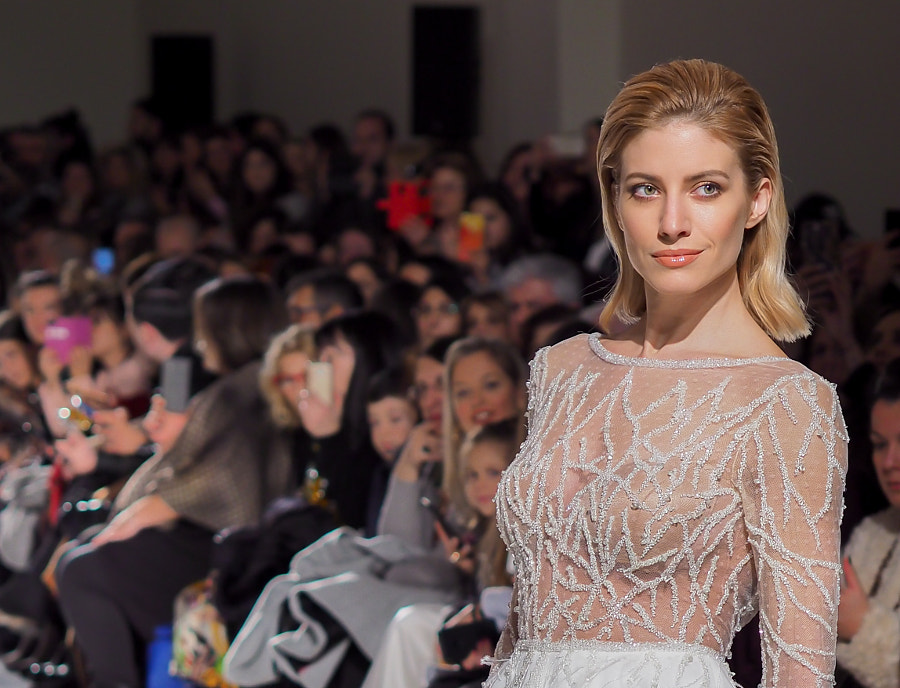 Fashion shows are short, so you only have a short window to take several impactful photos.

Remember what your goals are and who the audience of your photo will be. The better you can capture the full silhouette of the models, the more likely your photos will be picked-up or used by the designers in the future. Tighter shots of the model’s face can be captured during the final walk when all of the models do a walk around together.

Remember that the first and final looks are often the ones that the designer deems as most notable, so be prepared to capture those. 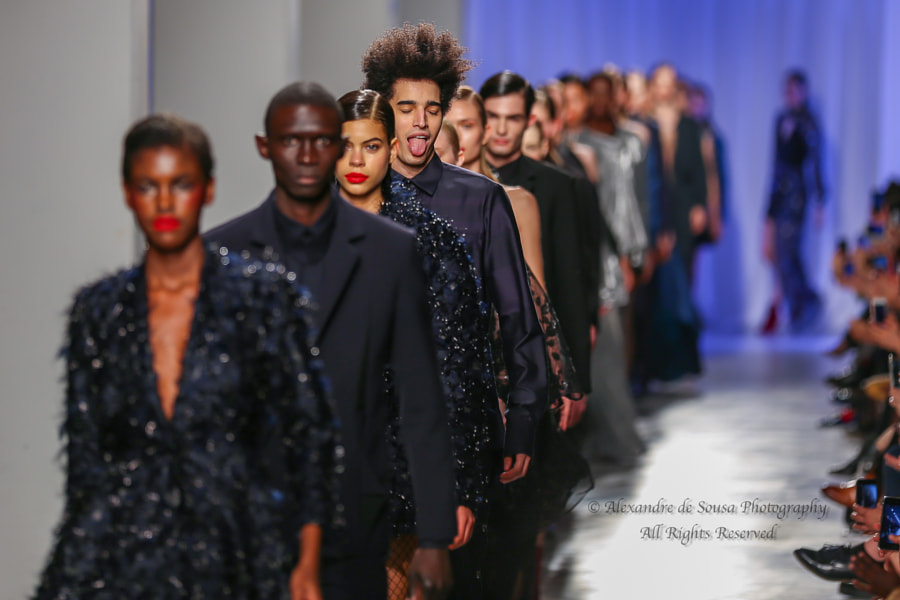 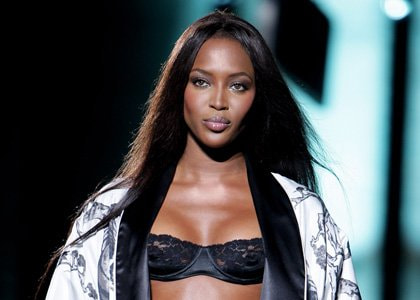 When shooting in the pit, photographers are often barred from using a flash. Ensure that your settings are ready for extremely bright and direct lighting being shone on your model and their clothes. Cameras with external flash are usually the ones to be approved for pit photography, so ensure you are prepared for this request.

To get the “perfect shot”, test your light beforehand when you arrive early for the show. You can ask a fellow photographer to pose for you on the runway before audience members are invited to be seated.

Not able to get in early? Only able to sit in a bad spot? Try to head backstage to try to capture the models lining up for the show or getting their makeup done.

Often you will be able to capture the models in ways you don’t see on the catwalk. These photos can be used to report on beauty trends or to display the clothing from the show up close. An added bonus–you’re allowed to use your flash backstage. 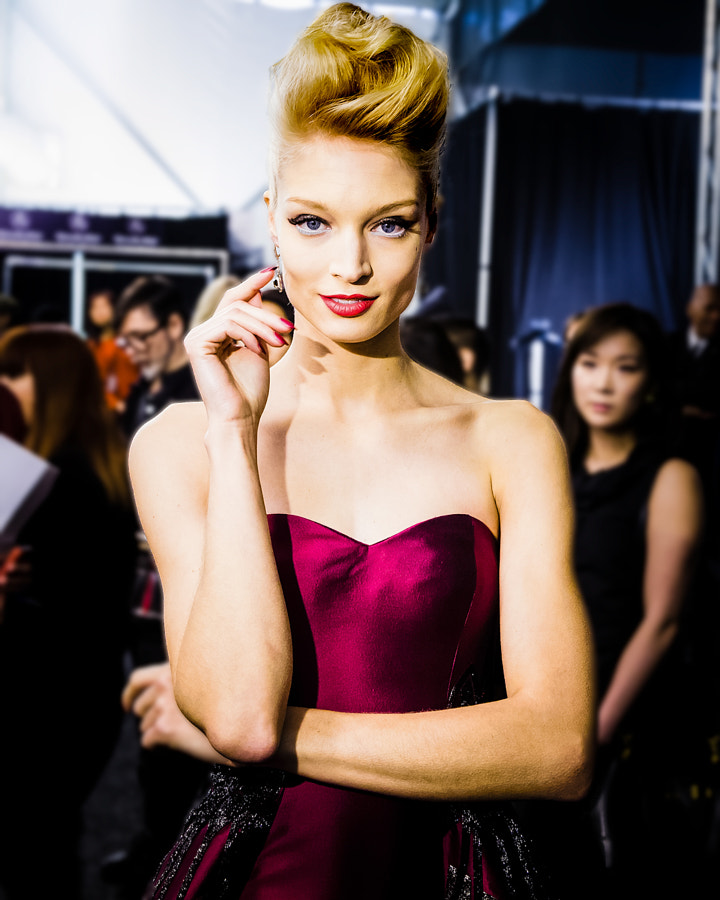 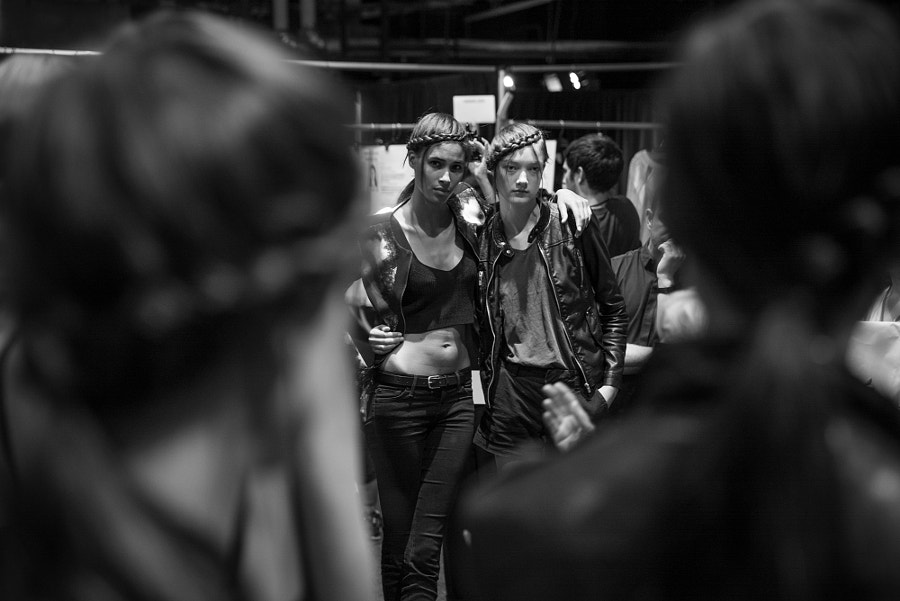 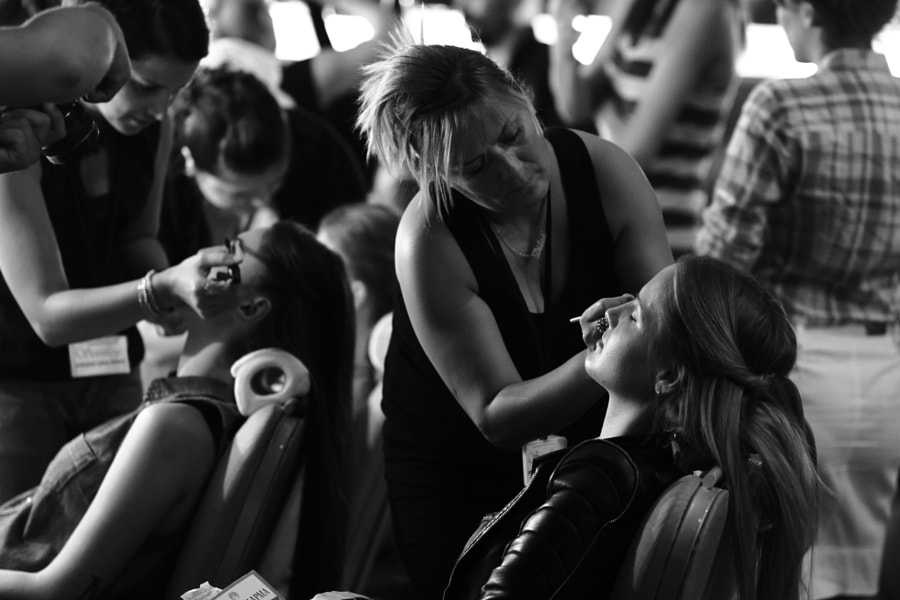 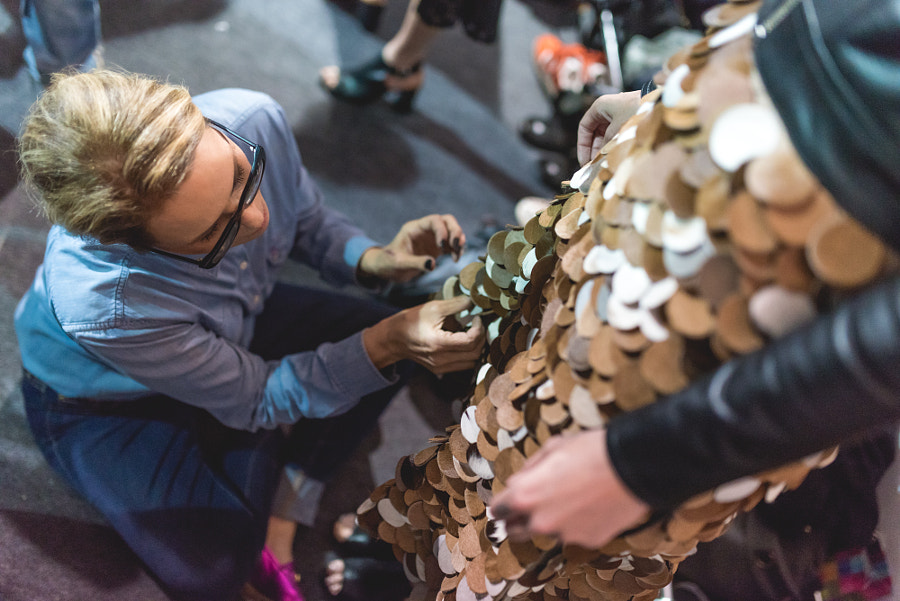 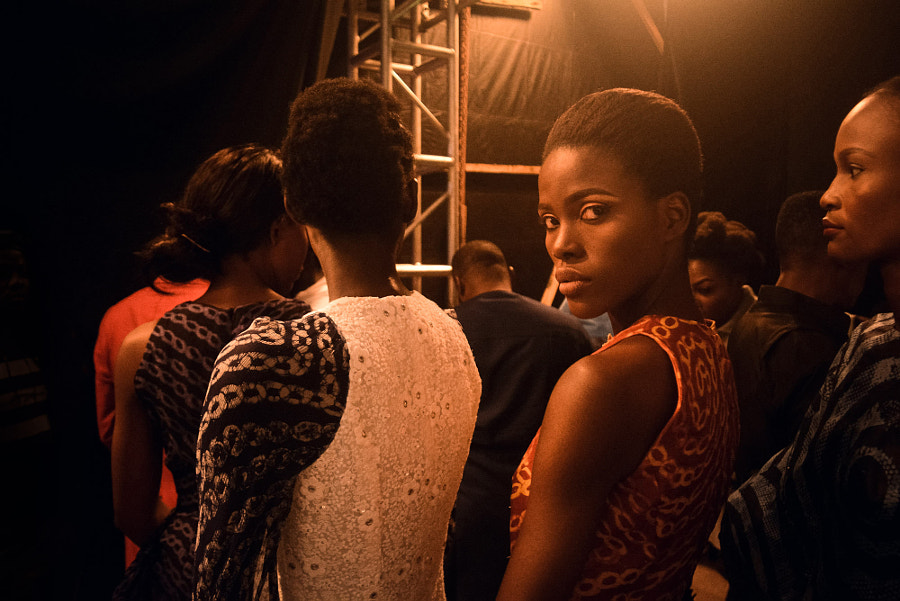 As more and more A-listers filled the seats at fashion week, street style began to take on a life of its own. Attendees and off duty models have now become the stars of the shows, before and after the catwalk. Buzzed about influencers getting asked who they are wearing and what they are hoping to see has become commonplace during the rush of entering and exiting a fashion show.

If you’re unable to get passes to a popular show, park outside and capture VIP attendees on their way in and out instead. 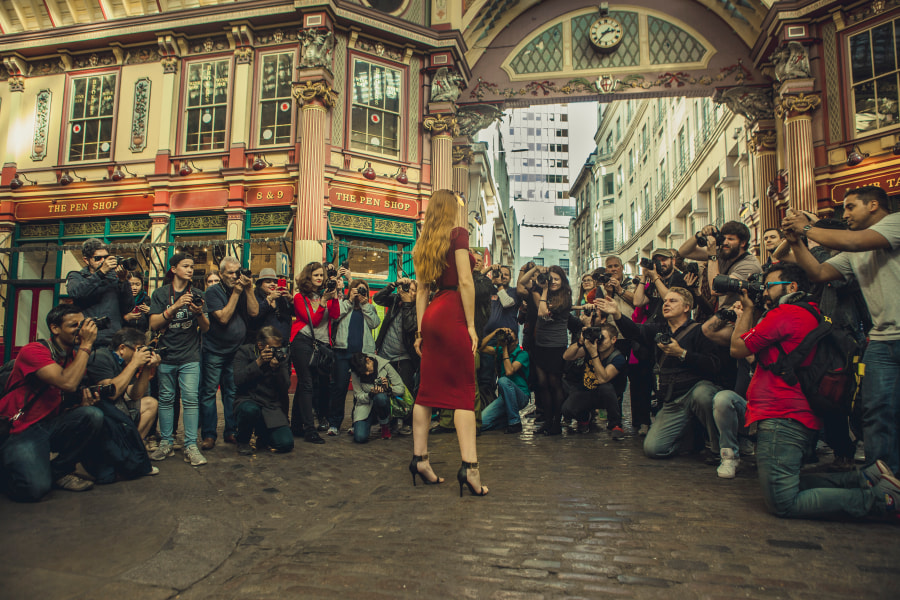 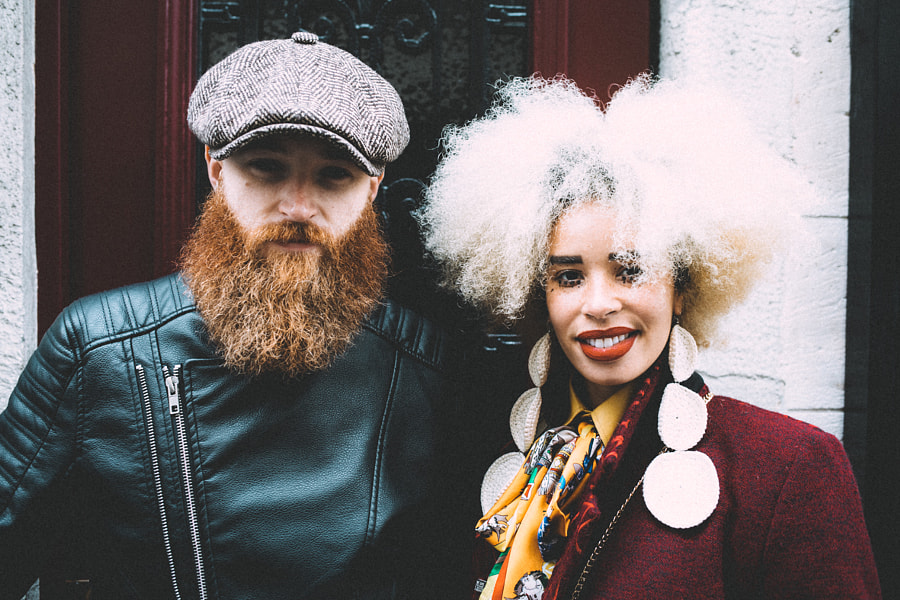 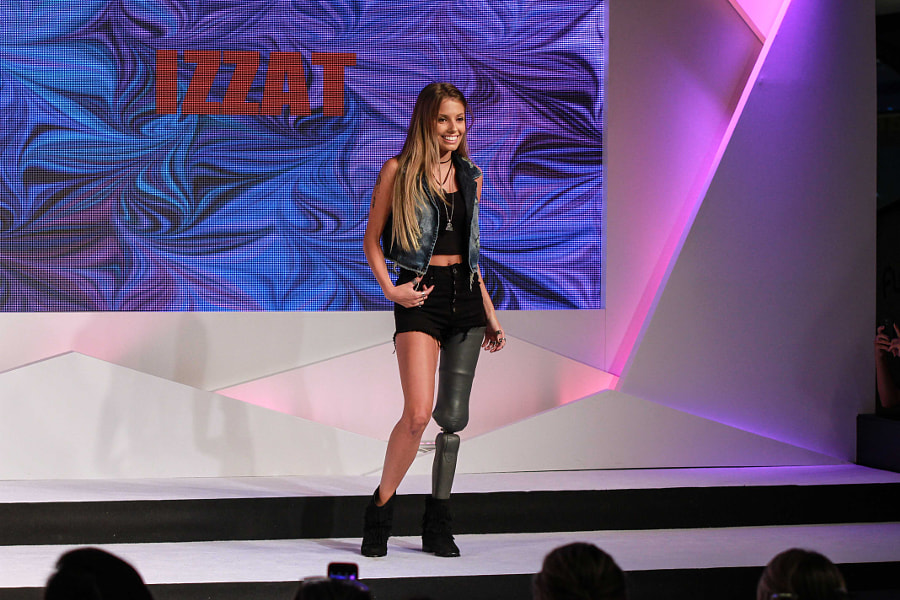 As you’ve noticed throughout this piece, access has come up a lot. Photographing bigger brands’ fashion shows often means that you’ll have several hoops to jump through. You might have to worry about getting through security, owning a certain kind of camera, or getting on the list in the first place!

Did we miss any tips? Share them in the comments below!